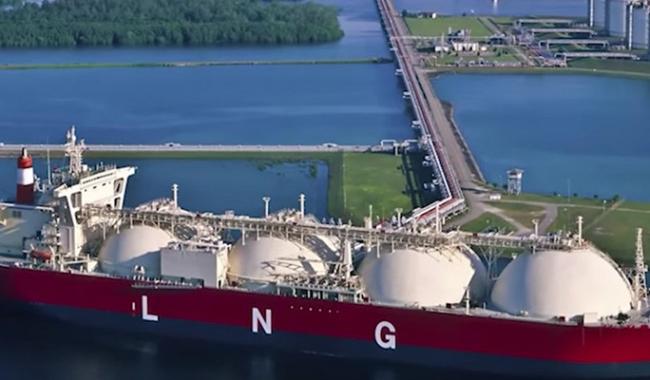 The managing director of DEPA (public gas corporation), Dimitris Tzortzis, and the managing director of Gastrade, Konstantinos Spyropoulos, have reached an agreement in Athens regarding the future capacity reservation by DEPA for the LNG terminal in Alexandroupoli, northern Greece, an EU Project of Common Interest developed by Gastrade, as well as for DEPA’s participation in the relevant market test that will be carried out in the coming months, DEPA has announced in a statement.

The agreement was reached within the context of a trilateral meeting between DEPA, the Bulgarian Energy Holding EAD (BEH) and Gastrade.

This is a follow-up to a cooperation agreement signed by the two parties for the participation of DEPA in the share capital of Gastrade, which is expected to be completed soon, as well as for the joint efforts of the parties for further commercial development of the project.

At the same time, the Bulgarian side, following a meeting in Sofia last month by Greek energy minister Giorgos Stathakis and his Bulgarian counterpart Temenuzhka Petkova, confirmed its intention to speed up respective negotiations for the completion of its own participation in the project.

Gastrade is a Greek company that studies, designs, constructs, manages and operates gas infrastructure. The company has already required all licenses needed to begin constructing the LNG terminal in Alexandroupoli.

The project will ensure new gas quantities for supply to the Greek and regional markets of southeastern Europe, contribute to the expansion of gas supply sources and routes, promote competition to the benefit of consumers, supply security in Greece and the Balkans, and improve the reliability and flexibility of the national natural gas system as well as of the regional and trans-European systems.

In February, 2017, GasLog, an international owner, operator and manager of LNG carriers, announced that it had acquired a 20 percent stake in Gastrade.

GasLog’s consolidated owned fleet consists of 29 LNG carriers (25 ships on the water and four on order).

DEPA, backed by a long presence in the Greek gas market, is a modern and competitive group of companies with a dynamic presence in the energy sector. DEPA promotes the development of strategic infrastructure for the supply of gas from diversified sources and routes at competitive prices, with a view to taking a leading role in the markets of the wider region of southeastern Europe.

Bulgarian Energy Holding EAD (BEH) is the holding company for a group of companies which are principally engaged in electricity generation, supply and transmission, natural gas transmission, supply and storage and coal mining. BEH holds leading positions in the electricity and gas markets in Bulgaria and, through electricity exports, in the Balkans. BEH is wholly owned by the Bulgarian state and is the largest state-owned company in terms of total assets in the country. The rights of ownership of the state are exercised by the Minister of Energy.