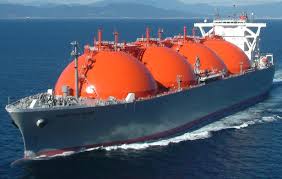 The head official at DEPA, the Public Gas Corporation, has not ruled out the possibility of ordering additional LNG amounts from Algeria.

Speaking to Bloomberg, Giorgos Spanoudis, the company president, noted that such a course would be taken if Greece encountered a problem with Russian gas supply, which covers two thirds of domestic demand.

Greece would be forced to make an additional order if problems arose along the supply channel running from Russia to Greece via Ukraine, especially during the high-demand winter months of December and January.

“We are preparing ourselves for a small crisis, hoping there will be no crisis,” Spanoudis told Bloomberg.

DEPA has signed a supply agreement with Sonatrach for 500,000 metric tons of Algerian LNG to be delivered to the country’s only LNG facility on the islet of Revythoussa, in the Saronic Gulf, close to Athens. DEPA is looking at ordering additional ship loads of 125,000 cubic meters each.

During the Bloomberg interview, Spanoudis made reference to a proposal forwarded by Greece for the creation of a European solidarity mechanism that will ensure a steady supply of gas throughout the EU in the event of an emergency.

The DEPA head also said the company will make a final investment decision on the Greek-Bulgarian IGB pipeline project, to transmit between three and five billion cubic meters of natural gas annually, by the end of the year. The pipeline may be operational in 2017.