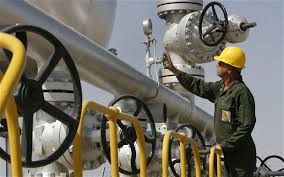 The Public Gas Corporation, DEPA, will stage its annual auction two weeks later than had originally been agreed with the Competition Committee, on October 29 instead of October 15.

The upcoming auction recently made news as industry feared smaller-scale plants not covered by the gas distribution networks developed in three Greek regions – wider Athens, Thessaloniki, and Thessalia, in the mid-northeast – would be excluded from participating in the DEPA auctions, which promise plants lower-priced gas supply.

According to sources, auction price details are currently being worked on at DEPA, in collaboration with RAE, the Regulatory Authority for Energy, as the final step before the auctions are staged.

Last July, the Competition Committee had given its approval for gas supply through electronic auctions, the initiative’s objectives including improvement of the auction procedure’s efficiency, broadening company participation, and developing greater flexibility in the natural gas supply market.

At the upcoming annual October auction late this month, DEPA is expected to offer 50 percent of its natural gas to be made available through auctions for 2015, based on consumption levels registered in 2014.

It has been decided that amounts not absorbed through annual auctions will be reoffered through quarterly auctions.