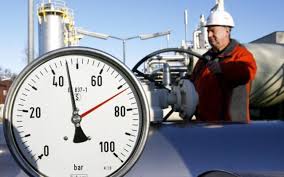 Latest developments in Greece’s much-delayed effort to sell a majority 66 percent equity share of DESFA, the Natural Gas Transmission System Operator, to Azeri company Socar, an agreement currently being examined by the European Commission over EU competition concerns, indicate that the Azeri buyer may need to give up part of its planned stake to a European company if the agreement is to be finalized.

Reports have suggested that Belgian company Fluxys, the operator of one of Europe’s biggest gas hubs, may move in for part of DESFA’s equity share. According to certain sources, Socar and Fluxys have already been engaged in talks over the matter. However, at this point, nothing appears to be certain, not even the finalization of the sale itself.

Currently bogged down amid the European Commission’s competition concerns, the finalization of the sale process has dragged on for about one-and-a-half years without any prospect of being completed before next June. An international tender for the DESFA sale was launched two years ago.

Sources have said the major delays stem from wider European Commission concerns over non-EU firms entering the European energy market. Granting an operating license to a non-EU company for the Greek market would automatically grant it the right to also operate elsewhere in the EU.

The tolerance level by the Azeri company for the European Commission’s increased competition-related demands is certainly being put to the test. Socar displayed first signs of irritation, even decreased interest, when the EU’s executive body recently announced it would investigate the deal before offering its approval for finalization.