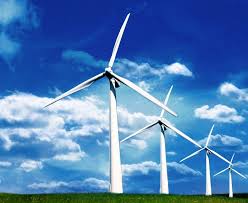 PPC, the public power corporation, has approved an application from subsidiary firm PPC Renewables for the construction of three new wind-energy parks with a total capacity of 150 MW in Rodopi, northeastern Greece, as well as a 7.5MW wind-energy facility in Crete.

Budgeted at 180 million euro, the three facilities in Rodopi will be located in the areas of Gerakas-Romvos-Alonitsra (54MW); Kandila-Kyrton (44MW); and Milia-Kapetanios-Livadokorfi (52MW).

As for PPC’s capital injection, the plan is expected to be approved at a PPC Renewables shareholders meeting, when required, but not before relevant permits have been granted ahead of the project’s construction.

The wind-energy facility in Crete, to be located in the Sitia region, is budgeted at 9,002,700 euro. An option allowing for a 3.3MW-capacity increase, at an additional cost of 3.96 million euro, has been approved for this project.