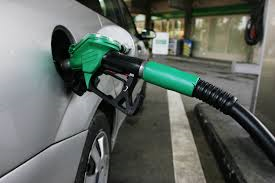 For most consumers, it remains unclear whether the full amount of the recent decline in crude oil prices is making it through to the retail market. Many are asking questions about possible local profiteering, the role played by the exchange rate of the euro against the dollar, and taxes.

So, too, is a local public prosecutor who has just launched an inquiry to examine complaints of unjustifiably high oil prices, despite the plunge in crude oil prices.

Last December, crude oil was selling for 110.62 dollars a barrel, compared to 71.60 dollars a barrel a couple of days ago, on December 2, a 35 percent year-on-year decline. Converting the two prices into the euro currency results in a price of 80.73 euros a barrel for last December and 57.6 euros per barrel this December, a 28 percent decline.

Taking into account the international price of oil (platts), whose course follows the price level of crude oil, while also being influenced by other factors such as seasonal demand, a comparison of the aforementioned points in time reveals a 25 percent drop, from 696 euros per ton last December to 523 euros per ton two days ago. The level of decline has been similar at Greek refineries, from 561.5 euros per cubic ton to 441.3 euros per cubic ton, a 21 percent drop. Despite these declines, the cost of unleaded petrol at the pump, for the same period, costs drivers just 9 percent less, from 1.65 euros a liter last December to 1.50 euros this December.

The exchange rate between the dollar and euro is also a crucial factor, as oil purchases are dollar-denominated. The euro has lost considerable ground against the dollar, making oil purchases in the EU more expensive.

Once again, this price drop concerns only the actual fuel. Taxes in Greece for heating fuel represent 61.5 percent of the total retail price, as they are slightly lower than the total amount of taxes imposed on transportation fuel. Greece is ranked fourth in Europe for the level of taxes on heating fuel. Based on this data, the required price decline for heating fuel is 15 percent. Heating fuel has dropped from from 1.27 euros per liter last December to 1 euro per liter this December, a 21 percent decline, but, taking into account a reduction to the EFK rate implemented this year, the actual decline works out to precisely 15 percent.