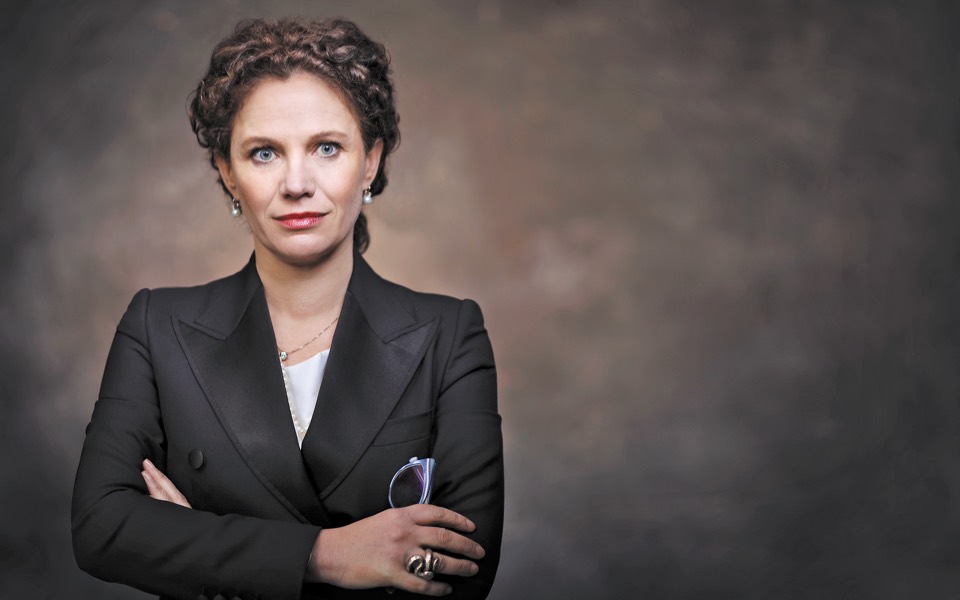 No one can deny that 2021 was a challenging year for the energy business with the existential threat of the climate change and the much due response of the EU Green Deal coupled with an unseen price volatility and spikes. DESFA had decided to tackle the challenge posed by the energy transition not only by seeing these challenges as a great opportunity, but also by proactively participating to giving shape to the future. As Stephen Hawking famously said, ‘Intelligence is the ability to adapt to change’ and that is what we did in 2021 and plan on keep doing in 2022 and beyond.

During a period in which Greece is implementing comprehensive energy sector reforms to drive decarbonization and foster competitive markets, DESFA is working to enable the transition to a more sustainable energy future, first, through an ambitious investment plan which contributes substantially to achieving the national goals for de-lignification and, secondly, through increasingly investing in the development of new technical and operational capabilities to accelerate this transition, with special emphasis on promoting the adoption of renewable gases, as well as reducing the climate impact of all its operations.

At the same time, beyond effectively serving the domestic energy market, DESFA is further strengthening its key role in the energy sector of Southeast Europe, with the integration of both the existing and new strategic gas infrastructure (such as the TAP and IGB pipelines, the planned FSRUs of Alexandropoulis, Dioryga Gas, and the Kavala UGS) in the gas transmission system, which ensures access of the Greek and Balkan market to new competitive sources of supply. This fact, combined with the ongoing national effort to phase out lignite in the electricity generation sector and the development of the Small-Scale LNG market, are at the core of our investment plan for the coming years.

More specifically, the new NNGS Development Plan 2022-2031, which is under the approval of RAE, includes projects with a projected budget of €830 million, such as the expansion of the natural gas network in the regions of Western Macedonia and Western Greece, of which €183 million relate to new projects. Of these, €161 million correspond to extensions in new areas, with the main one being the possible project to expand the network in Ioannina. These large-scale investments in the expansion, upgrade and further interconnection of our network are necessary to support a natural gas market which shows significant growth, with 2021 being a record year for natural gas consumption in Greece. In particular, in 2021 there has been a 11.07% increase in gas consumption (MWh) compared to 2020 and 118% compared to 2014. Domestic gas consumption amounted to 69,517GWh, while gas exports to 7,464 GWh.

Moreover, the recent success of the LNG unloading slots’ auction in the Revithoussa terminal for the period 2022-2024, with a significant short and mis term interest recorded by market players, is a very positive sign for the future. It is reminded thirty-four (34) unloading slots for 2022, seventeen (17) for 2023 and fifteen (15) for 2024 – a total capacity of 17TWh, were booked, in a development which further highlights the strategic role of the Revithoussa LNG terminal for the security of supply of the country and the wider region.

Building on the long experience gained from the Revithoussa LNG Terminal, in the end of 2021, DESFA officially entered with a 20% stake in the shareholding structure of Gastrade, the company that develops the Floating Storage and Regasification Unit (FSRU) of LNG in Alexandroupolis, yet another strategic infrastructure that will further strengthen the energy security of Greece, strengthening its role in SE Europe and offering opportunities for new gas exports to the region.

Apart from ensuring security of supply and facilitating the development of competition in the market, DESFA, through its strategic cooperation with the Hellenic Energy Exchange (HEnEx), in which it is a founding shareholder, is also working for the creation of a functional wholesale market for natural gas and renewable gases in Greece and the SEE region. A major step in this direction is the entry into operation of the new gas balancing platform in the beginning of 2022.

At an international level, within the last year, DESFA made yet another important step towards its establishment as an increasingly competitive international energy force, commencing its first international Operation & Management contract for the O&M of the new LNG Import terminal of KIPIC, in Kuwait, which is one of the largest terminals in the world.

In 2022, we plan to explore new international projects, further highlighting DESFA’s role in the international energy scene. At the same time, we will work to ensure that our network is 100%-ready for the transport and storage of renewable gases, such as hydrogen and biomethane and we plan to assess the possibility to invest into biomethane for auto-consumption, in order to reduce the emission of our own operations.

In addition, we are ready to welcome the prospect of an energy storage facility in Greece, an energy infrastructure that we believe is necessary to guarantee the security of supply of the Greek market. The benefits of this project for security of supply can be significant, as Greece is rapidly moving towards decarbonization, with gas serving as a transitional fuel for electricity generation. However, the project will also have benefits for the wider area, as the underground storage will reduce the supply dependence on pipelines.

Driven by the vision of safely and sustainably operating and developing a technologically advanced network of clean and reliable gas energy, DESFA will continue to lead energy developments in Greece and beyond, further establishing Greece as an energy gateway for the region and actively contributing to the energy transition of the country.

* This article is included in an energypress feature on the challenges, fears and expectations in 2022.