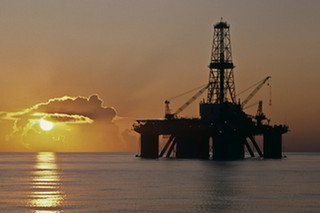 Cyprus is to raise the issue of Turkey’s violation of its exclusive economic zone (EEZ) at Thursday’s European Council meeting after Turkish Prime Minister Ahmet Davutoglu raised the specter on Wednesday of the island being divided into two separate states.

Cyprus President Nicos Anastasiades is to discuss Turkey’s actions with his EU counterparts at the summit as well as at a meeting of conservative leaders in the hope that the Union will condemn Ankara’s actions. He will also hold a separate meeting with British Prime Minister David Cameron.

“If Turkey wants a solution to the Cyprus issue it has to cancel its illegal and provocative actions in the Cypriot Republic’s EEZ,” said Anastasiades, referring to a Turkish decision on Monday to send the Barbaros research vessel into an area south of the island where Nicosia is already exploring for hydrocarbons.

Speaking to Vima FM, Cyprus government spokesman Nicos Christodoulides described the situation as being “worse than the Imia crisis,” when Greece and Turkey almost went to war over an uninhabited Greek outcrop. He reaffirmed Nicosia’s intention to block Turkey’s attempts to progress with its EU entry negotiations if Ankara does not withdraw the Barbaros.

Davutoglu however indicated that Ankara has no intention of backing down. He claimed Turkey had a right to search in the EEZ based on an agreement with the Turkish Cypriots in the north of the island, which only Ankara recognizes as a state.

The Turkish premier said that if Nicosia says: “‘We have the right to explore south of the island because the south is ours,’ then the north belongs to the Turks.”

“In this case, we have to discuss a two-state scenario,” he added.

Diplomatic sources in Athens said that it is “inconceivable” that Ankara could base its actions in the Cypriot EEZ on an “illegal and void agreement” with the Turkish Cypriots.

European Union Enlargement Commissioner Stefan Fule took to Twitter to call for tension in Cyprus to be eased.

“Turkey, Cyprus time to de-escalate and keep doors open for swift return to negotiation for comprehensive Cyprus settlement to the benefit of all,” he rote.

However, when questioned about developments by Kathimerini’s Brussels correspondent, a European Commission spokesperson said the EU’s executive arm had “no comment”.