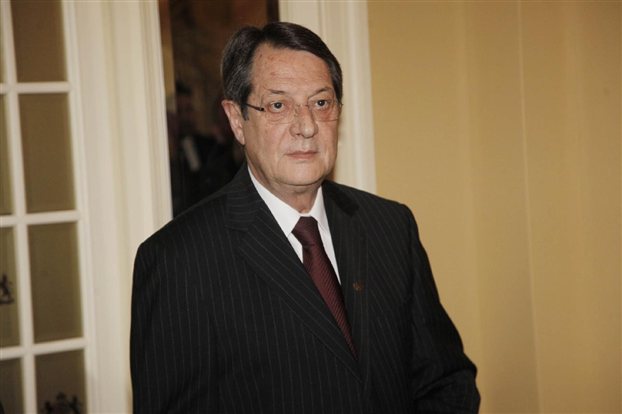 Cypriot President Nicos Anastasiades on Monday sought to play down a recent row between Greek Foreign Minister Evangelos Venizelos and Cypriot MEP Eleni Theocharous amid reports that he plans to visit Athens for talks with the Greek premier in late July.

The controversy was sparked by a document submitted by Turkey in June 23 – during Greece’s EU Presidency – that described the Republic of Cyprus as a “defunct” state. Theocharous, of the center-right DISY party, urged Venizelos to resign after failing to react to Ankara’s gesture, with the Greek minister slamming her reaction as “irresponsible petty politicking” and “personal demagoguery for the sake of short-lived publicity.”

“I would like to clarify once and for all that the incidents of the last few hours, which have created the false impression of a possible rift between the Greek and Cypriot governments, that our relations are beyond excellent and that our communication with both Prime Minister [Antonis] Samaras and Foreign Minister Venizelos is daily and in full cooperation,” Anastasiades said on Monday. The exact date of his visit was not made known.