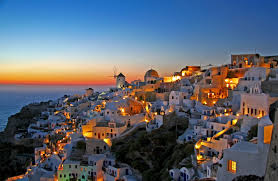 Contracts concerning four sub-projects to combine for the interconnection of the Cycladic islands with Greece’s mainland power system are expected to be signed within the first fifteen days of September between the winning tender bidders and IPTO, Greece’s Independent Power Transmission Operator, locally referred to as ADMIE.

The interconnection plan has remained stagnant for over twenty years, reactions by local communities over issues such as the installment of towers on islands being a factor.

The ambitious project will offer multiple benefits. It promises to minimize the risk of power outages on the Greek islands – such as last year’s blackout on Santorini during the summer season’s tourism peak – significantly decrease the lofty cost of local, fuel-generated power production on the islands, and, by extension, provide drastic cuts to the public service compensation surcharge covered by electricity consumers throughout Greece on power bills. Public service compensation savings are expected to reach about 100 million euro, annually.

The project has been fragmented into four parts. The first of these, budgeted at 85 million euro and awarded to Hellenic Cables, entails underwater 150 KV cable connections linking Tinos and Syros, Syros and Mykonos, Syros and Paros, as well as the installment of a terminal 150 KV cable on Tinos. Fulgor, a Hellenic Cables subsidiary firm, reportedly began manufacturing the required cables in July.

Another sub-project, a reactive power facility to be installed on Syros, budgeted at 13 million euro, has been awarded to a joint venture formed by divisions at Swiss company ABB.

The third sub-project, involving the development of power infrastructure installations at coastal Lavrio, southeast of Athens, as well as sub-stations on three Greek islands, Syros, Paros, and Mykonos, has been awarded to French firm Alstom Grid.

The project’s fourth segment, a subterranean and underwater 150 KV cable connection linking Lavrio and Syros, budgeted at 100 million euro, has been awarded to the Italian corporation Prysmian Group.

The tender results have been approved by authorities and the deadline for appeals by losing bidders, should they wish to submit any protests, is approaching. Work on the project is expected to begin in the coming months.