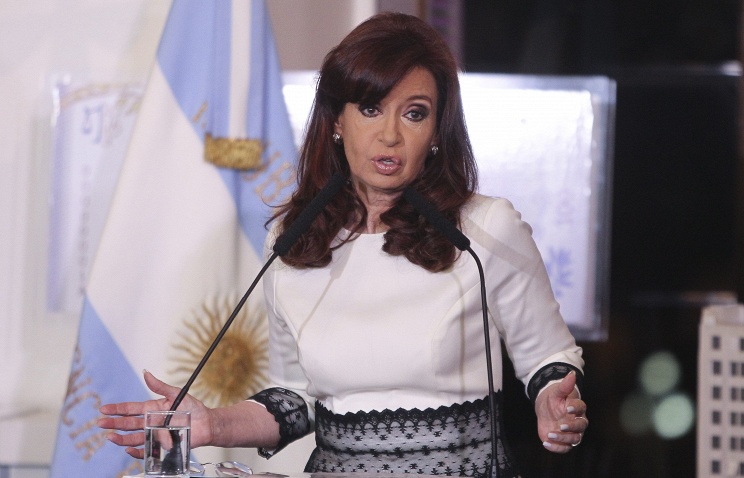 “Greece is currently evidencing the situation of the same type we evidenced in 2001,” she said. “Neoliberal policies lead up to impoverishment and unemployment.”

Fernandez de Kirchner asked why the International Monetary Fund was not demanding that Greece cut its defence spending of 2.6% of GDP given the dire financial problems. She recalled that 2.6% was more than what Britain was spending for defence.

Greece was serving as a strategic instrument in someone else’s hands because of its geographic position in the Mediterranean, she said.

In 2006, Argentina fully paid off its debt of $ 9.8 billion to the IMF and the fact enabled it of make an economy of about $ 1 billion on the interest rates, which would have been accrued by 2008. Fernandez de Kirchner’s late spouse Nestor Kirchner, who was Argentine President at the time, said the country had gained greater financial independence thanks to the early debt repayment.

Argentine authorities have more than once criticized ‘neoliberal prescriptions of the IMF’ and have charged it with the harsh aftermaths of the biggest social and economic crisis in national history that struck Argentina in December 2001. The country had to declare default then.