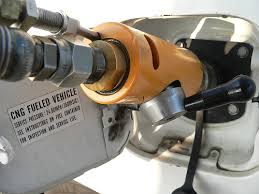 Italy’s CTIP Oil & Gas presented an investment plan for the development of a Greek network of CNG (Compressed Natural Gas) stations, primarily for trucks and buses, at a news conference yesterday.

The proposal, whose budget is valued at 200 million euros, entails the construction of forty CNG refueling stations over the next five years, CTIP’s president and chief executive officer, Reda Ginena, explained, if local legal framework is revised to permit CNG usage as a transportation fuel.

Ginena said the current period was most appropriate for such savings-oriented investment in Greece. According to figures provided by the CTIP head, CNG is 50 percent cheaper than petrol, and between 30 and 40 percent cheaper than diesel, while the cost of converting engines for CNG compatibility can be written off within a period of between four to eight months.

CTIP is currently involved in talks with the Greek government, some thirty companies that maintain truck fleets, and possible station suppliers. The Italian company has proposed the usage of CNG on islands, such as Crete, and remote areas where pipeline extension projects would be costly. Among its selling points, it has stressed that CNG is cheaper and more environmentally friendly than LNG.

The Italian-based CTIP group is active in 45 countries in the design, construction, and operation of industrial facilities in fields such as energy, food, pharmaceuticals, and transportation.

At an international level, about 16.7 million vehicles run on CNG, mostly in Iran, Pakistan, Argentina, Brazil, China, and India, where a total of some 20,000 refuelling stations operate.