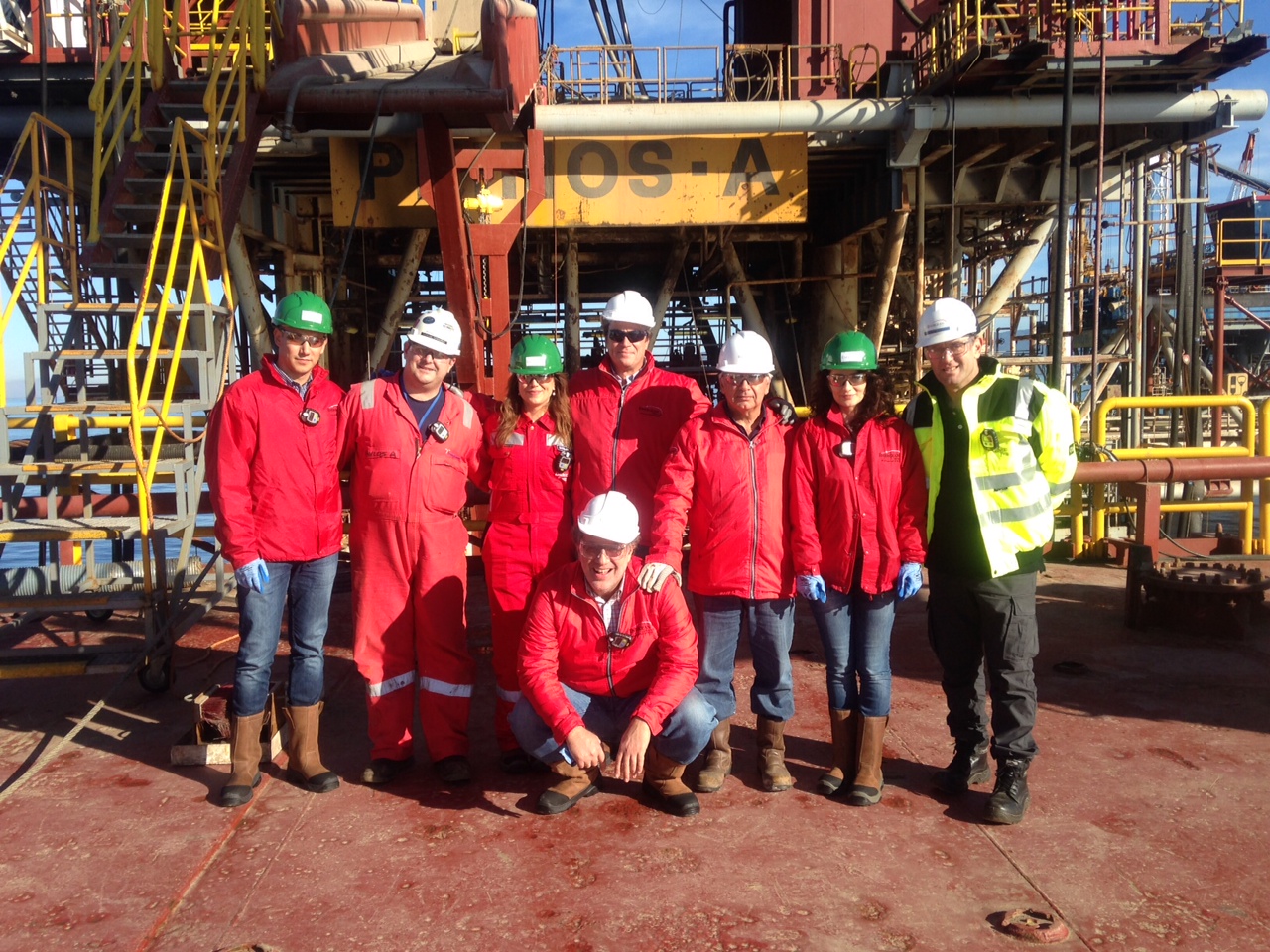 The head official of the Croatian Hydrocarbon Agency, Barbara Doric, visited the Prinos Oil Field facilities in the Gulf of Kavala, Energean Oil & Gas announced in a statement released today.

Mrs. Doric and her colleagues visited the offshore production platforms and the drilling rig “Energean Force” which is currently drilling the first of 15 wells that the operator is planning to drill in the area over the next two years with the aim of increasing production to 10,000 bbls/day.

Mrs. Doric and her colleagues also met with the Board of the Kavala Commercial Chamber, as well as with representatives of the local tourist industry and marine biologists who were present during the 3D seismic survey conducted in Prinos during the summer. Moreover, Mrs. Doric was informed about Energean’s exploration programs in west Greece, which bears a lot of geological similarities with the Croatian blocks to be offered in the 2nd offshore license round expected to be launched in 2016.

“The Prinos oil field in Kavala, operated by Energean Oil & Gas, is a great example in the region of how offshore oil production can exist in a beautiful environment where tourism plays a very important role. We are very glad that we had the opportunity to witness not only how Energean has successfully operated the offshore production in a high H2S environment, but also how tourism and the local economy have benefited from the investment,” Mrs. Doric remarked. “The Prinos field has been producing oil and gas offshore in Greece for the last 35 years and is an excellent example of how strategic areas such as tourism and the petroleum industry can co-exist. I am very impressed with what I have seen and since Greece and Croatia are two countries that share more similarities than differences, I believe we can learn a lot from each other’s experiences. This is the reason why regional cooperation and exchange of know-how are very important, and hopefully this is just the beginning of our long term collaboration.”

Commenting on the visit, Energean’s Chairman and CEO, Mr. Mathios Rigas stated: “It was an honor and a pleasure for us to host the head and the representatives of Croatia’s Hydrocarbon Agency at the Prinos facilities, where the only oil production of Greece is located. Croatia has a long tradition in the production of natural gas and the fact that the Prinos experience is considered to be an example for hydrocarbon exploration and exploitation in the wider Adriatic makes us very proud, not only as a company but also as Greeks. Energean is carrying out a new investment program in Prinos, aiming to develop 30 million barrels of reserves in the Gulf of Kavala. Moreover, in western Greece we are exploring the Ioannina and Katakolo blocks, two areas which are considered to be a part of the wider Peri-Adriatic zone. We really believe that significant hydrocarbon potential exists in the Adriatic and we look forward to participating in Croatia’s forthcoming offshore bid round. This is a natural extension of our activities in the region and since we are committed to the Adriatic, we believe our offshore experience and safety track record can play an important role in discovering Croatia’s hydrocarbon resources with total respect to the environment and the local communities”.

Energean Oil & Gas has also bid for three offshore blocks in Montenegro’s ongoing tender round, as well as for two new onshore blocks in western Greece. All bids are under evaluation.