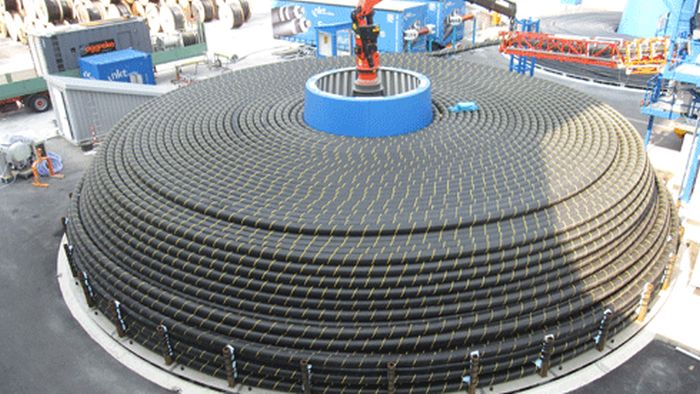 Italy’s Terna, one of three candidates vying for a 24 percent share of power utility PPC’s wholly owned subsidiary IPTO, Greece’s power grid operator, is particularly interested in the prospects offered by the operator’s planned submarine interconnection of Crete with the Greek mainland – planned to be developed in two stages, small-scale and large-scale – as was clearly indicated during yesterday’s IPTO management presentation for Terna officials.

The session was the first of three, scheduled over as many days, to bring together IPTO’s leadership with the three strategic investors through to an international tender’s second stage, entailing the submission of binding bids for IPTO’s 24 percent. An October 15 deadline is expected for the bids, but the date remains unconfirmed.

According to energypress sources, Terna officials, during yesterday’s meeting, focused on the content of IPTO’s ten-year development plan, especially Crete’s interconnection with the mainland, listed as a fast-track project in terms of expropriation and licensing procedures.

Without a doubt, Crete’s interconnection stands as one of the biggest IPTO-related incentives for all three candidates. Development of the project, listed as one of “major importance” by the operator, promises multiple benefits across the board.

Firstly, household electricity bills stand to be reduced as a result of lower Public Service Compensation (YKO), a surcharge included on electricity bills to cover the high operating costs of Crete’s three aging and inefficient mazut and diesel-fueled stations. Secondly, electricity supply to and from Crete will be greatly improved, facilitating renewable energy (RES) production. Also, IPTO’s annual revenues are expected to increase by as much as 2.5 percent as a result of the Cretan interconnection. This would come as an addition to a guaranteed yield of between 7.5 and eight percent over the next three years offered by IPTO, bringing the total to over 10 percent.

IPTO needs to present RAE, the Regulatory Authority for Energy, with a detailed schedule for the Cretan interconnection within September. The project is scheduled to be completed in 2021, according to the operator’s recently published ten-year development plan covering 2017 to 2026.

Terna, RTE and China’s State Grid were recently provided access to IPTO’s virtual data room to assess technical, economic and legal data before submitting their bids. A preferred bidder will be announced by October 31, as required by the bailout agreement. However, a slight extension of a few days could be granted.

PPC officials are hoping the rivalry between the three bidders will produce an increased offer for IPTO’s 24 percent. This would offer some respite for PPC, whose unpaid receivables figure is estimated to have reached 2.4 billions euros, according to its administration, and 2.7 billion euros, according to Genop, PPC’s main union group.

Besides the 24 percent stake of IPTO being offered to a strategic investor, the sale plan also entails selling 25 percent of the operator through the bourse and transferring 51 percent to the Greek State. If the plan fails, the country’s creditors will push to have IPTO sold in its entirety.