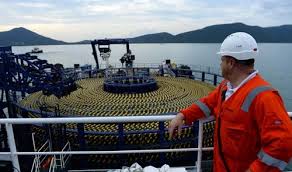 A ten-year investment plan concerning projects to be developed by IPTO, the country’s power grid operator, which, prior to the country’s January 25 snap elections, had been scheduled to be forwarded for public consultation by the end of January, has been put on hold by the Production Reconstruction, Environment and Energy Ministry as it intends to further examine various details, especially route-related specifics of the Cretan submarine interconnection project with the mainland.

According to energypress sources, the ministry’s newly appointed leadership wants to examine the possibility of rerouting the Cretan electricity interconnection project for a link with the Peloponnese rather than the coastal Athens area, as was originally planned by the country’s previous administration.

Despite the investment plan’s delayed public consultation process, the ministry appears determined to develop the ambitious interconnection project, whose initial budget has been estimated at one billion euros. In the run-up to January’s elections, certain officials of the now-ruling leftist Syriza party had questioned the interconnection project’s feasibility, arguing that, as a result of the drastic decline in crude oil prices, which they viewed as a long-term condition, the required capital would be better off spent on other fronts.

The Cretan interconnection project, listed in IPTO’s ten-year investment plan, is scheduled for completion between 2019 and 2020. The operator’s ten-year plan, concerning electricity transmission projects in Greece, has a total budget of more than three billion euros. The plan’s initial budget was worth 2.5 billion euros, but IPTO has revised upwards with emphasis on numerous major projects in the country’s periphery.