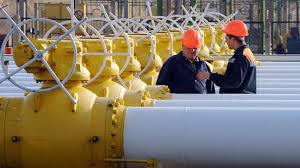 Despite still being at a theoretical stage, much has been said about “Turkish Stream”, Moscow’s latest proposal for Russian gas supply to the EU through the south, via Greek territory – this segment has been dubbed “Greek Stream” – and the figures concerning the prospective commercial gains for Greece if a deal is reached with Russia.

For a more realistic view, it should be pointed out that, based on the European Union’s Third Energy Package, aiming to further open up gas and electricity markets in the EU, transit fees are not permitted. Earnings to be generated will be provided through participation in the consortium to construct the project and collect fees from users.

If the Third Energy Package’s regulations are accepted and the pipeline is constructed, then the project’s consortium will be funded by a toll fee to be determined by the regulatory authority based on the WACC (Weighted Average Cost of Capital) level. A generous yield of between seven and eight percent for a total construction cost of two billion euros would result in a maximum amount of 160 million euros, annually, overall.

If, then, the Russian side were to offer, for free, a percentage of between 20 and 30 percent, then the yield for Greece would reach between 32 million and 46 million euros per year, minus operational and depreciation costs, meaning that, in essence, the prospective net amount is significantly less than various figures currently being tossed about.