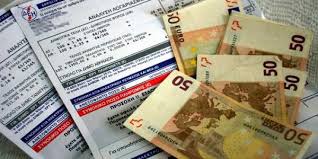 In his latest condemnation of RAE, the Regulatory Authority for Energy, the Production Reconstruction, Environment and Energy Minister Panayiotis Lafazanis has told Greek Parliament’s Standing Committee on Production and Trade that the authority had been preparing to hike electricity connection fees.

Lafazanis and RAE are at odds following the minister’s rejection of the authority’s plan to increase an Emission Reduction Tariff (ETMEAR) levied on electricity bills as part of the authority’s wider effort to wipe out the renewable energy source (RES) special account deficit. Lafazanis has also declared he wants to suppress RAE’s authority.

Lafazanis noted that RAE must reexamine its plan for a higher ETMEAR surcharge, otherwise the government will need to take legislative action and cancel the initiative. He also contended RAE was being controlled by vested interests in the energy sector.

“Certain parties cannot go on hiding behind RAE and orchestrate price hikes. It is not possible for independent authorities to replace a government that has been given a popular mandate,” Lafazanis noted, who criticized the authority for taking unilateral action. “RAE cannot go on nodding its head to private-sector interests,” continued the minister, who heads the Syriza-led coalition government’s radical left group, Left Platform.

Lafazanis acknowledged RAE is an independent authority, but added it was not uncontrollable.

“We respect the need for an independent body but its powers must be limited to enforcing regulatory market actions, not replacing political authority and the government,” said Lafazanis, adding that an amendment would be submitted to Parliament to limit RAE’s executive powers. The measure would be within the bounds of EU regulations, Lafazanis said.

Commenting on the RES sector, Lafazanis said the government would reinforce its efforts, while adding that no RES-related initiatives would be imposed on local communities without their consent.

“We have sun, water, air, and sea that can be utilized,” Lafazanis remarked, but noted the government was sensitive to causes for the protection of natural beauty and the environment.