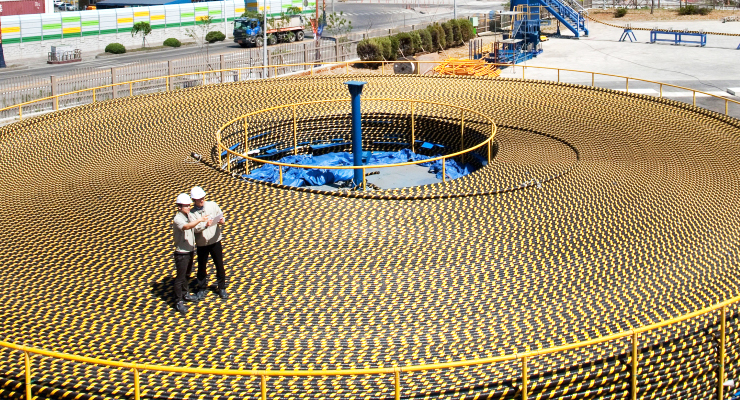 Greek power grid operator IPTO will remain at the helm of the Crete-Athens grid interconnection, as its project promoter, all sides involved appear to have agreed at a meeting in Brussels yesterday.

The development is in line with the overall position maintained by energy minister Giorgos Stathakis, who has been shown a willingness to discuss various options under the condition that these ensure control of the project for IPTO and a swift launch of its development

Greek officials are believed to have accepted some level of compromise. The details of this softened stance remain unknown but should be included in a document to be forwarded by the European Commission to all interested parties during the current week.

The Crete-Athens interconnection, ready for development in terms of technology and financing, according to IPTO, is crucial to ensure power sufficiency on Crete as of 2020.

Euroasia Interconnector, a consortium of Cypriot interests heading the wider PCI-status Greece-Cyprus-Israel grid interconnection project, has fought for control of the Crete-Athens segment with IPTO.

Yesterday’s agreement paves the way for a tender early in 2019 to facilitate the launch of work on the Crete-Athens link.

The Greek and Cypriot regulatory authorities for energy, Greek and Cypriot government officials, as well as representatives of IPTO, Euroasia Interconnector, ACER, Europe’s Agency for the Cooperation of Energy Regulators, and Belgian operator Elia, took part in yesterday’s meeting.