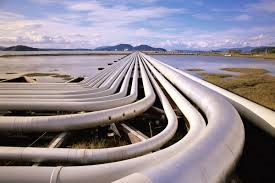 Reports that have emerged following a recent meeting between Directorate-General and Socar officials – Greek officials did not participate – suggest that the two sides are closing in on a formula that could allow the long-delayed privatization to proceed. The deal has remained stagnant over the past one-and-a-half years.

The most likely solution will entail offering the Azeri company a greater period of time to find a European partner once the DESFA agreement has been finalized. However, other reports indicate that the European Commission may also insist on a European buyer for DESFA’s 66 percent equity capital. Either way, the European Commission, which launched its current examination of the deal over EU energy security concerns in early November, has until the end of March to deliver a final decision.

Until then, another meeting is expected to take place late this month, this time with the involvement of Greek officials. It will most likely be held after Greece’s snap elections on January 25.

Regardless of the European Commission’s examination, the DESFA sale may well be permanently set back if the main opposition leftist party Syriza, currently ahead in polls, wins the election and, furthermore, maintains its pre-election promise of cancelling all planned energy-sector privatizations, including the 66 percent sale of DESFA to Socar.