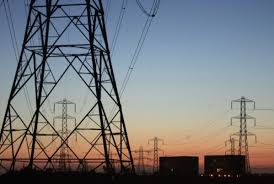 The Greek government has been given the green light by the European Commission to implement a measure enabling electricity savings for industry through a “disruption management” plan, EnergyPress has been informed.

The approval, however, remains unofficial, but an agreement is expected to be signed at the end of the month when the country’s creditor representatives, or troika, arrive in Athens for official negotiations.

The EU executive body had delayed the measure’s approval as a result of certain concerns, the main one being who would end up covering the cost, which is expected to reach between 60 and 70 million euro annually. The Greek plan has ruled out consumers footing the bill, as is customary in most other European countries where the “disruption management” measure is implemented. Subsequently, electricity producers can be expected to cover its cost.

The measure will allow IPTO, the Independent Electricity Transmission System Operator, locally known as ADMIE, to establish deals with high-consumption industries that give the former the right to restrict or disrupt electricity supply whenever it is deemed necessary for the overall system’s stability, in exchange for compensation amounts.

The European Commission had blocked the operator’s ability to implement the measure, which was legislated in autumn, 2013. Work then carried on in search of a plan that would satisfy the country’s creditors.

The measure stands as one of the most crucial energy cost-cutting measures for the industrial sector announced by the Greek government.