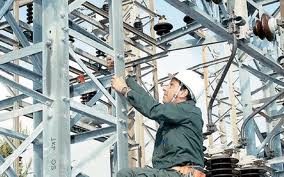 The Public Power Corporation (PPC) union of employees, GENOP, has signed a three-year collective labor agreement with the public utility’s board that will lead to indirect pay increases.

Arriving as the first collective labor agreement to be signed by a public sector company following the leftist Syriza-led coalition government’s election victory on January 25, the deal, which provides for a return to increased union benefits and perks following their abolishment in 2008, also offers PPC employees protection from layoffs.

Of three planned indirect pay increases, the most immediate, dubbed a “food allowance”, will be worth as much as six euros per day, which, over the course of one year, adds up to an additional month of income. Considering PPC’s 15,000 or so staff members, the allowance’s total annual cost adds up to approximately 20 million euros, which PPC, already cash-strapped by an alarming cash-flow problem, will need to cover.

The second allowance will offer bonus pay to long-serving employees who have reached PPC’s highest income tier and are unable to apply for pensions as a result of an increase to the retirement age.

A third allowance, the most dubious, plans to offer bonus pay to PPC employees who have not climbed the company’s ranks as a result of a lack of qualifications or low performance levels. The measure will facilitate offering bonus pay rather than a direct pay increase for staff belonging to this category. It remains inexplicable as to why employees who have been certified as inadequate by the company itself will be rewarded.

According to union sources, the second and third bonus measures are expected to be implemented later on, once the government’s medium term fiscal plan has been finalized. Essentially, the plan entails eventually transforming these bonuses into proper pay increases.

The collective agreement also includes reinstating shift benefits for workers who have been elected in the union and are fully relieved of their work duties due to their union duties. This term presently applies to three union representatives, who were recently vindicated by a court decision. A further two union officials may be added to this category, offering a salary of 3,500 euros per month.

The agreement includes shedding two euros per month off PPC salaries in favor of the unions.