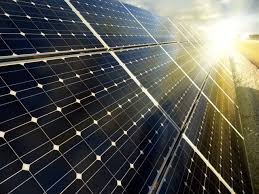 Unperturbed by an accumulation of legal challenges and protests, both by local and foreign photovoltaic investors, the Environment, Energy & Climate Change Ministry has made clear that no revisions will be made during the current year to legislation coined the “new deal”, which was introduced as a solution to the renewable energy sources (RES) special account deficit at LAGIE, the country’s Electricity Market Operator.

“If all goes well and the account deficit for renewable energy sources is brought under control, we may, in 2015, consider assembling a working group of sector officials, which would examine studies conducted by sector organizations and demands of certain groups, and also hold discussions with their representatives, to reach a comprehensive proposal for possible changes that may be required,” an announcement released by the ministry noted.

According to Energy Press sources, major foreign firms that have operated, or are still operating, in Greece’s photovoltaic sector appear determined to take their legal challenges all the way, at national and European court levels. Some plaintiffs are pushing for the so-called “new deal” to be nullified and others are demanding revisions, all citing failures and injustices prompted by its implementation.

For example, the envisaged – by the “new deal” – treatment of investors that may have gained from benefits provided for in development legislation, or have been qualified for these benefits without actually receiving any aid, is being viewed as a major injustice. In effect, these investors are now expected to return, in multifold amounts, the subsidies they received, or did not receive, as a result of lower tariffs stipulated by the investment law. Sources said that foreign embassy officials, as well as foreign MPs, all representing compatriot investors who feel they were mistreated in Greece, have filed complaints with the Finance Ministry.

Protests aside, the good news is that the “new deal” seems to be producing results with regard to the RES special account deficit for renewable energy sources. Latest LAGIE figures showed that the deficit fell to 209.44 million euro in June, from 213.92 million euro in May. It stood at 198 million euro in April. The Electricity Market Operator has forecast a deficit reduction to 146.04 million euro by the end of 2014. The operator expects a surplus figure of 38.19 million euro to be achieved in July next year, while 2015 is expected to end with an overall surplus of 103.69 million euro.