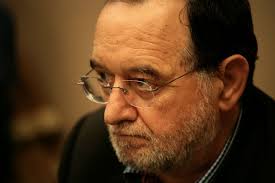 Production Reconstruction, Environment and Energy Minister Panayiotis Lafazanis has reiterated that no privatizations will take place in Greece’s energy sector, despite indications strongly suggesting the contrary in a letter forwarded by Finance Minister Yiannis Varoufakis to the Eurogroup.

“Everything I have stated until the present day remains fully valid,” remarked Lafazanis, head of the leftist Syriza-led coalition’s more radical left, or Left Platform, stressing there would be no privatizations procedures for PPC, the Public Power Corporation, DEPA, the Public Gas Corporation, and ELPE, Hellenic Petroleum.

Responding to Varoufakis’s promise of a commitment by Greek authorities to not roll back already introduced privatizations – as part of negotiations with creditors for a four-month extension to the country’s bailout – Lafazanis remained adamant in his views. The energy minister insisted that no energy company will be sold and that no public utility privatization will proceed.

Many political analysts have already concluded the two government officials will eventually clash over the country’s privatization matters, while some suggested that the first signs of an imminent conflict between Lafazanis and Varoufakis may well emerge today, at a Syriza Parliamentary group meeting. Lafazanis already had harsh remarks to offer about Varoufakis’s letter to the Eurogroup yesterday during a lengthy government meeting.

In his letter, Varoufakis noted that “privatized companies will need to ensure the provision of public goods and services according to national policy objectives and in compliance with EU law.”

This phrase may have been included in the text to offer the Greek government some leeway to renegotiate matters such as the part-privatization of PPC, a plan introduced by the country’s previous administration to satisfy a European Commission demand for the electricity market’s liberalization, including lignite sources, which are monopolized by PPC.

Just days ago, the Production Reconstruction, Environment and Energy Ministry denied reports that it had agreed to offer private-sector companies access to lignite deposits in the country’s Elassona and Drama regions, to offset its disruption of PPC’s part-privatization plan through the sale of a 30-percent breakaway company locally dubbed “Little PPC”.

A prospective meeting between Lafazanis and the European Commission’s Vice President Maros Sefcovic, in charge of Energy Union, should be interesting.