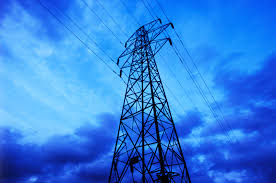 A proposal by RAE, the Regulatory Authority for Energy, aiming to completely restructure the Capacity Assurance Mechanism for the wholesale electricity market, is approaching completion. The plan, a pending issue in the electricity sector’s reform process, will be used as a base for negotiations between the coalition and the country’s creditors, or troika.

According to sources, RAE has been particularly busy over the past few days in its dealings with various agencies involved in the process as the authority seeks to have its proposal ready by early December. Once done, it will be transferred to the Environment, Energy & Climate Change Ministry and forwarded for public consultation.

Sources said that all parties involved in the restructuring process have agreed on new terms, regardless of their initial positions. These include a drastic cut – over 50 percent – in capacity availability and price of respective Capacity Availability Tickets (CATs), combined, however, with equal participation of production units, regardless of technology type. Secondly, hydropower units will also be incorporated into the system. Thirdly, the cost of the reformed Capacity Assurance Mechanism for the national system will be reduced by at least 20 to 30 percent, leading to annual savings of about 150 million euros, compared to the exisiting cost level.

Local sector authorities believe these changes will satisfy the observations made by troika officials during their previous meeting with Environment, Energy & Climate Change Ministry officials. The revisions were examined last week by troika representatives, during a one-day visit to Athens.