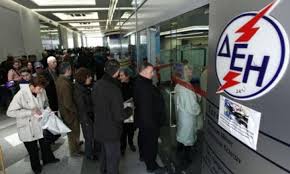 The financial results to be posted by PPC, the Public Power Corporation, for the nine-month period are expected to be satisfactory, according to market analysts, but, beyond the books, the company’s cash-flow situation is in deep trouble. Although the rising trend of unpaid overdue consumer bills has eased, the level remains at between 1.7 and 1.8 billion euros, an amount considered unmanageable.

Consequently, this means that, among others, PPC owes exorbitant amounts to IPTO, Greece’s Independent Power Transmission Operator, and LAGIE, the Electricity Market Operator, responsible for the country’s wholesale electricity market. By extension, they are delaying their payments to electricity producers.

Over the past few months, PPC has sought ways to bolster its troubled financial standing. However, amid the country’s current state of political uncertainty, the options available to PPC in capital markets for a new round of borrowing with good terms and interest rates are truly limited.

“Realistically, the markets have closed down again. Consequently, PPC does not have sources from which to draw capital, unless its coffers are injected with a small loan from the European Investment Bank,” a sector authority told energypress.

The official noted that besides private-sector consumers, the overdue amounts owed to PPC include public sector bills worth approximately 180 million euros. Despite repeated promises for settlement, no progress has been made.