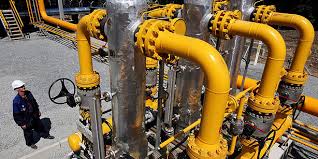 Natural gas demand in Greece registered a substantial and unanticipated rise during July and August, contrary to expectations of a decline as a result of the economic slowdown prompted by the imposition of capital controls.

Instead, the arrival of capital controls, imposed by the Syriza-led government in late June, ended up serving as a catalyst for natural gas demand because the measure restricted electricity imports. Subsequently, the electricity shortage was covered by increased power production at gas-fueled power stations operated by main power utility PPC and independent producers.

Gas-fueled power stations run by PPC in Lavrio, southeast of Athens, Elpedison (ELPE, Edison, Eltech) in Thessaloniki, as well as two Heron (Terna) units over the two-month period needed to increase their gas consumption by well over 100 percent to meet electricity production requirements. Also highlighting the shift, gas-fueled power stations covered 10 percent of electricity demand in July, up from 5 percent in June.

The unexpected development, if continued, will serve to reduce the pressure being applied by suppliers on DEPA, the Public Gas Corporation, for the implementation of a take-or-pay agreement. The Greek gas company had agreed to have this condition activated, meaning compensation payments to suppliers, if gas orders failed to reach certain amounts.