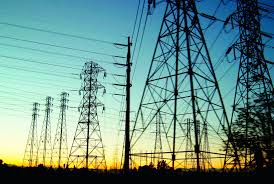 Revisions to the country’s Capacity Assurance Mechanism in the electricity field, a wider European orientation as well as a one of the bail-out agreement’s demands, appear to have fallen behind schedule, even though a plan has already been forwarded for public consultation by RAE, the Regulatory Authority for Energy.

The delay has been partially attributed to the lack of detailed direction from the European Commission, as anticipated. Sources have linked this indecisiveness to the existence of conflicting views on specific details within the ranks of the EU executive body. Reflecting this, the European Commission has yet to position itself on a UK plan submitted early in the summer, presumably to avoid setting any precedent. The European Commission and ACER, the Agency for the Cooperation of Energy Regulators, have both prepared general guidelines, but details are pending.

In Greece, the new Capacity Assurance Mechanism is expected to replace existing Capacity Availability Tickets (CATs), offered to electricity producers as payment for every available megawatt, currently priced at 45,000 euro per MW for one year, regardless of the production unit’s type and capacity.

The Capacity Assurance Mechanism, whose aim is to ensure long-term capacity availability, is based on four aspects, power availability, flexibility, strategic reserves, and response to demand.

The public consultation procedure for RAE’s proposal expires on September 17, following an extension granted to the process. Also, a study being worked on by IPTO – Greece’s Independent Power Transmission Operator, locally known as ADMIE – to specify service standards that will need to be offered and quantified, and another study on calculations concerning total cost and its distribution to various capacity types, are both expected by the end of the month.

RAE is expected to deliver a completed proposal by the end of October for a second round of public consultation. It is anticipated that the Greek government will receive the final plan in December before forwarding it to the European Commission. Based on terms agreed to by the government as part of the country’s bail-out plan, this process is behind schedule. However, according to sources, a deadline extension has already been granted for the end of the year.