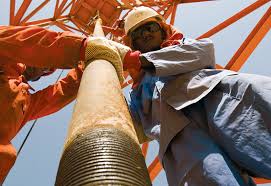 Petra Petroleum’s twenty percent stake in the consortium has been acquired by Energean Oil & Gas, which now possesses full equity ownership of the consortium.

The transfer’s SPA (Sale and Purchase Agreement) was signed by the Minister of Environment, Energy & Climate Change Yiannis Maniatis on Christmas Eve after being submitted by the two companies a week earlier.

The move by the Canadian company to abandon the Greek market has not been linked to the country’s political uncertainty. Instead, the main driving force behind Petra Petroleum’s decision appears to be a partnership established with Indian company Milta Energy Ltd for a focus of operations in southeast Asia.

Petra Petroleum’s withdrawal from Greece confirms the rising uneasiness felt in recent times for the country’s oil and gas exploration prospects as a result of plunging oil prices that have prompted energy companies to reassess investment plans. Amid such a negative environment, investing in Ioannina, an unknown entity in terms of hydrocarbon potential, was most likely viewed as a high-risk move by Petra Petroleum.