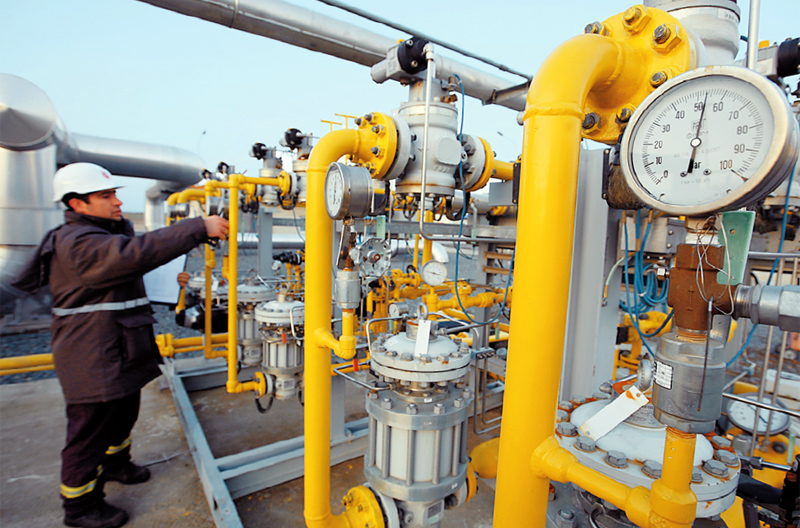 Delays in the development of two key natural gas pipeline projects in southeast Europe, which would interconnect the southern Balkan region with the natural gas markets of central Europe, are maintaining Greece’s sense of energy-related vulnerability on the edge of Europe as the ongoing Ukraine conflict threatens to disrupt the flow of Russian natural gas supply.

The delays being witnessed over the past two-and-a-half years in the development of two pivotal projects – the IGB, a pipeline that would link Greek and Bulgarian natural gas pipeline networks, from Komotini in northeast Greece to Stara Zagora in Bulgaria, and the Giurgiu-Ruse pipeline, running from Romania to Bulgaria – are all part of a wider geopolitical, energy-related power game that is currently in progress.

The Giurgiu-Ruse pipeline project, 25 kilometers long, is budgeted at 24 million euro, of which nine million euro is being subsidized by the EU.

While Europe, as a whole, is intensifying its preparations for the possibility of a Russian natural gas supply stoppage to the EU, Greece and the wider southeastern European region remains hostage to the lack of alternatives.

At present, Greece is relying on three main sources for natural gas supply – Sidirokastro, on the Greek-Bulgarian border; Kipoi, on the Greek-Turkish border; and Revythoussa, an islet in the Saronic Gulf, close to Athens, where a terminal for liquefied gas operates.

This lack of interconnection with central European natural gas markets makes Greece an isolated region, or satellite state, on the edge of Europe.

The two missing links, the IGB and the Giurgiu-Ruse pipelines, would make a tremendous difference both in energy security and natural gas price levels. Greece is paying considerably more for its natural gas compared to central European countries, as well as Bulgaria. Based on latest Eurostat data, natural gas prices in Greece are 70% higher than in Bulgaria for domestic use, and 45% higher for industrial use, even though both countries are being supplied by the one company, Gazprom.