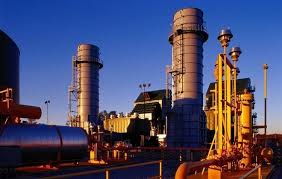 Maintaining a new, temporary and transitional mechanism that would allow privately run natural gas plants to continue operating as a base for the electricity system constitutes a reasonable option, the European Commission’s Directorate-General for Energy has expressed to the government’s energy sector officials, according to energypress sources.

The issue, as has been reported, was prompted by the scrapping of the Variable Cost Recovery Mechanism, as of July 1, which was used to compensate natural gas units for their role in offering stability and efficiency to the system.

The reasoning behind this European Commission position has to do with providing the necessary transition time until the target model is implemented. Through this procedure, the closure of gas units, considered vital for the system’s overall balance, would be avoided.

Meanwhile, it is being reported that IPTO – Greece’s Independent Power Transmission Operator, locally referred to as ADMIE – is receiving a growing number of reports from independent producers, according to which serious problems have arisen in the electricity market, especially with regard to financial matters, following the removal of the Variable Cost Recovery Mechanism.

This confirms the results of a recent detailed study conducted by IPTO, following a requested from RAE, the Regulatory Authority for Energy, on the financial and technical repercussions the mechanism’s scrapping would have on the electricity market.

No further decisions are expected until the legal framework for Capacity Availability Tickets (CAT’s) and NOME-type auctions is completed, which would provide all the necessary details on the requirements for a balanced electricity market.