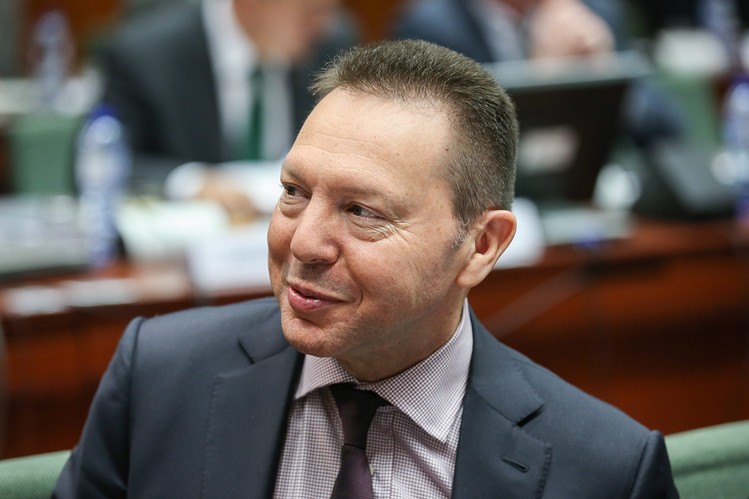 The crisis in Greece was not triggered by the austerity memorandums but an unjustifiably expansive fiscal policy, where state spending far outstripped state revenues, Bank of Greece governor Yannis Stournaras said on Monday at an event organised by the ‘Citizens’ Movement’.“The crisis in Greece has a name: a great risk of default of the Greek state at the end of the 2000s, chiefly due to an unjustifiably expansive fiscal policy that shot the budget deficit to giddy heights via a great increase in state spending, without a matching increase in state revenues. All that followed and the memorandums were efforts to avert default. These efforts obviously had unpleasant repercussions, but the repercussions of default would have been incalculable,” Stournaras said.The former finance minister noted that the debate that predominated in Greece had not been “sensible” and had created illusions. Among others, he noted, it had prevented public opinion from understanding and adopting the necessity for deep reforms. As a result, only Greece among the four Eurozone countries that entered memorandum programmes was still in a programme. The remaining three had all exited the programmes and Ireland was growing at a rate approaching 8 pct, he pointed out.In Greece, the public debate had instead deepened the uncertainty and eroded society’s trust in politics and the institutions, he said.Referring to the imposition of capital controls in 2015, Stournaras said that the bank holiday had caused distortions and indirect consequences whose results could not yet be assessed, but also had some positive consequences, such as encouraging the use of electronic payments, with signs that this then had a beneficial impact on both private consumption and on tax revenues, while decreasing the size of the informal economy.Talking about Europe’s response to the crisis, Stournaras said that the banking union could bring multiple benefits, contributing to fiscal stability and a better functioning of banks, as well as better financing of businesses and households. Another knock-on benefit of a fully operational banking union for Greece would be to break the vicious cycle between the problems of the banking sector and fiscal imbalances in the country, he added.