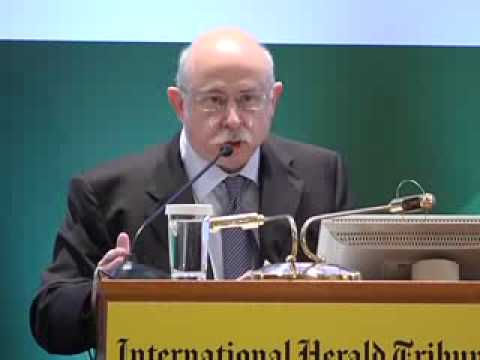 Critics talking of opportunist investors in Greece’s electricity market, as well as of the need for private-sector investments by companies seeking to participate in a liberalized market, need to be more cautious with their words as the private sector has already poured significant amounts into the sector, Dinos Benroubi, Deputy Managing Director at Protergia, a member of the Mytilineos corporate group, remarked yesterday during a speech at the Athens Energy Forum.

Benroubi was responding to claims made on a regular basis by the main power utility PPC for the need of greater private-sector investment in electricity production. Most recently, the argument was also adopted by the energy ministry.

The Protergia official noted that private-sector investors have placed greater amounts into electricity production than PPC, noting the overall sum invested in recent times exceeds 2.5 billion euros, while adding that Protergia, alone, has invested over one billion euros of private capital, not public money, over the past few years.

Benroubi pointed out that consumers do not care whether electricity is being produced by PPC or private-sector companies, noting that their primary concern is lower prices and better services.

He said offers superior to PPC’s ten percent discount for punctual professional category consumers, announced earlier this week, have been offered by private-sector companies for years.

“Private-sector suppliers have been selling at even lower prices and discounts greater that ten percent for quite a while. PPC followed the trend,” Benroubi said. “Private-sector suppliers have been rewarding punctual consumers over the past year or two. So let’s not contend that prices would not have been reduced had it not been for PPC. Prices were driven down by competition, which is what led PPC to offer the discounts,” he continued.

Benroubi challenged PPC to rise amid the developments and propose realistic solutions for the market’s liberalization and also press ahead with adjustments meeting bailout demands. These include the introduction of NOME auctions, to offer third parties access to PPC’s low-cost lignite sources, as well as a 50 percent reduction of PPC’s dominant market share by 2020. Rather than focus on points of disagreement, PPC could table its own realistic proposal that could be accepted, Benroubi noted.

The Protergia official said that the NOME auction plan, as it stands, would not be implemented as players will not reach an agreement.

Benroubi also described the “Little PPC” plan, or partial sale of the power utility, as not realistic, adding that IPTO, the power grid operator, needs to comply with European standards rather than change opinion on the system’s needs each year.