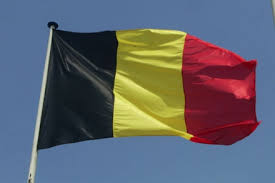 Looking forward to the prospect of Greece developing into a regional gas hub in southeast Europe, Belgian gas market authorities yesterday signed two Memorandums of Understanding (MoU) with their Greek counterparts at the Belgian embassy in Athens.

Fluxys, operator of one of Europe’s biggest gas hubs, signed a MoU with DESFA, the Natural Gas Transmission System Operator, to conduct a sustainability study for the creation of a virtual gas hub and the overall organization of Greece’s wholesale gas market, still at an embryonic stage. The study is expected to be completed eight months from now.

Fluxys holds a 16 percent equity share in the consortium that has undertaken the development of TAP, the Trans-Adriatic Pipeline project, which is expected to begin carrying Azeri gas to central Europe via Greece in 2019 or 2020.

The other MoU signed yesterday, entailing institutional concerns, was signed between RAE, Greece’s Regulatory Authority for Energy, and its Belgian counterpart, CREG. It concerns the exchange of knowhow ahead of the completion of an integrated European energy market and implementation of the so-called target model.

“Greece’s future gas hub constitutes a first step towards the creation of a regional gas hub in southeast Europe, which will improve the domestic market’s functioning and increase energy supply security, at the lowest possible prices, based on the diversification of supply sources to be offered by TAP,” Fluxys CEO Walter Peeraer and his counterpart at RAE, Konstantinos Xifaras, noted in a joint statement.

Besides its involvement in the TAP project, Fluxys has also focused its interests on networks, infrastructure and hubs in northwest Europe. Through its subsidiary firm Huberator, the Belgian company has operated Zeebrugge Beach, the continent’s first natural trading hub, since 1999, and a virtual gas hub, Zeebrugge Trading Point, since 2012.

As a gas hubs market leader in Europe’s northwest and shareholder in TAP, to serve as the main gas transmission pipeline in the Southern Gas Corridor, the Belgian company clearly sees major prospects in the Greek region over the next few years.