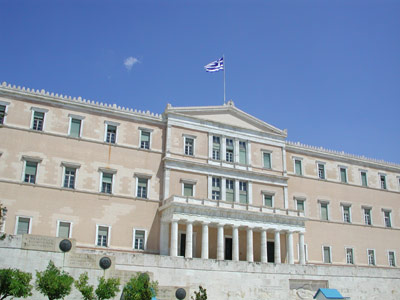 Following the end of recent strike action at PPC, the public power corporation, over the government’s part-privatization plan for the electricity firm, the focus has now turned to a campaign launched by the main opposition party, SYRIZA, for a referendum on the issue.

SYRIZA, the leftist party that captured top spot in the recent European elections, appears certain it can accumulate the backing of 120 MPs needed for the initiation of referendum procedures.

Meanwhile, at the other end, the coalition government believes it has demolished, from its onset, the front established to oppose the privatization plan.

The PPC workers’ union, GENOP-DEI, ended its strike action after the government announced, last Saturday, that it was issuing civil mobilization orders, meaning the strikers would be jailed if they did not return to work. Legislation for the part-privatization is being discussed in Parliament over the next two days ahead of ratification.

SYRIZA has announced that the backing of 120 MPs needed to prompt parliamentary debate on a referendum has already been assured. The leftist party, faced by a 15-MP shortage for its plan, has declared that talks with 15 independent MPs proved prosperous. SYRIZA noted that these independent MPs would join its own team of 71 MPs, along with the MPs of three other opposition parties that have already expressed their allegiance to the referendum drive – Democratic Left (DIMAR) with 13 MPs; the Independent Greeks party, 13 MPs; and the Greek Communist Party, KKE, 12 MPs.

The referendum campaign is expected to peak over the next three-day period so that it can be examined immediately after the parliamentary vote on the privatization plan. If so, Greek Parliament will need to convene for an extraordinary session – Parliament is currently operating on a less active summer schedule until early October – to decide on whether to stage a referendum.  At least 180 of the house’s 300 MPs in total will need to vote in favor of the proposal for the referendum to be held.