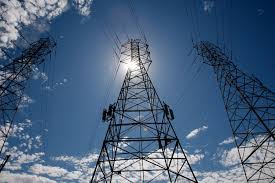 The latest bailout agreement for Greece demands that a series of energy-sector reforms – which should have been made over the past few decades, and were not – be implemented within the next few months. It is difficult to determine how feasible the plan is. However, considering the relentless pressure being applied by the country’s lenders, Greece finds iteslf with a rare opportunity to settle energy-sector issues that have remained unresolved for many years.

Lenders want the monopolies in Greece’s electricity and gas markets to end; an independent IPTO, the power grid operator currently controlled by parent company PPC, the main power utility; the establishment of “power disruption management” agreements for industrial consumers; as well as electricity tariffs based on the cost of production at PPC.

The introduction of NOME-type auctions to the electricity market stands as the only chance of instilling competition. Through the NOME-type model, PPC will be obligated to exclusively sell significant amounts of electricity produced at its lignite-fired and hydropower stations, currently monopolized, to independent, private-sector competitors through auctions at prices reflecting cost of production, beginning this October. It will not be easy to accomplish. A crucial detail concerns the level of auction starting prices and who will set them. Doubts have already been expressed if PPC is given the task.

The bailout agreement calls for PPC’s retail market share to be initially reduced by 25 percent, without specifying over how long, and down to less than 50 percent by 2020. At present, PPC holds a 97 percent share of Greece’s retail electricity market, one of Europe’s highest.

The NOME-type auctions have been agreed to by Greek officials in exchange for not part-privatizing PPC. This would have entailed breaking away a 30 percent share of the power utility and selling it.

As with PPC, the government has been given an alternative to avoid privatizing IPTO. Companies such as Italy’s Terna and Belgium’s Elia were prepared to submit offers for the operator. If this privatization is to be avoided, Greece’s alternative proposal will need to convince the country’s lenders. Rather than privatize IPTO, Greek officials have proposed that the operator’s fixed assets (networks, lines) remain part of PPC, the parent company, with management of the grid to be transferred to a new company, free of any PPC control. It remains to be seen how the proposal will be viewed.

Besides the electricity market, lenders also want the gas-sector monopolies to end by 2018. Procedures are expected to begin in 2016. DEPA, the Public Gas Corporation, and the EPA gas supply companies operating in the wider Athens area, Thessaloniki, and Thessalia, in the mid-northeast, all enjoy monopolies. The EPA companies had signed 30-year deals for exclusive gas supply rights in their respective regional markets over a decade ago. The terms were offered to draw investors  into Greece’s largely undeveloped gas sector. The European Commission is well aware of the fact that satisfactory compensation packages will need to be found if these deals are to end prematurely. BP holds a 49 percent stake in the Athens venture and Italian company ENI has 49 percent equity shares in the Thessaloniki and Thessalia gas supply companies. DEPA holds majority 51 percent stakes in all three.

Though discussed considerably in Greece over the past two years and endorsed by the European Commission, the “power disruption management” plan – to enable energy cost savings for major-scale industry in exchange for shifting energy usage to off-peak hours whenever required by the grid – has yet to be implemented. This is a standard tool applied throughout Europe for energy cost savings in the industrial sector. The previous Production Reconstruction, Environment and Energy Minister Panagiotis Lafazanis had assembled a committee to examine the prospect. The committee met over several rounds and completed its task, but the ex-minister took no action. However, the plan cannot go astray as the latest bailout agreement demands its implementation.