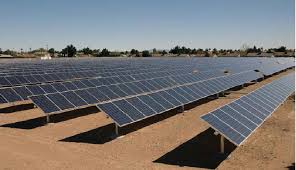 Greece’s photovoltaic market experienced a poor year in 2014 that was marked by a minimal amount of new facility installations and considerable job losses in the sector, the Hellenic Association of Photovoltaic Companies, HELAPCO – locally known as SEF – has noted.

The association attributed the sector’s poor results for the year to detrimental policies pursued by authorities in a bid to rectify older institutional flaws and misjudgements.

Despite the bad news, photovoltaic production managed to cover seven percent of the country’s electricity needs, more than any other RES technology, courtesy of impressive sector growth rates achieved in preceding years.

For a second consecutive year, Greece was ranked second in the world in terms of photovoltaic electricity production as a percentage of total energy consumed.

At present, a total of 2,596 MW of photovoltaic facilities have been installed in Greece. Of this total, 2,061 MW concerns ground mounted systems, while the remainder is roof-mounted.

Based on market data, the total amount of photovoltaic facilities installed in Greece occupy about one-sixth of the land mass needed by PPC, the Public Power Corporation, for its lignite-fired power stations and mines.

It is estimated that local photovoltaic electricity production spared the environment of approximately 3.4 million tons of carbon dioxide emissions in 2014.