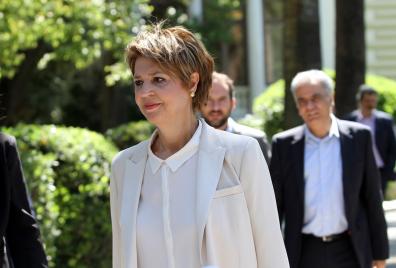 “Bad loans are the government’s main priority,” government spokeswoman Olga Gerovassili said in statements to ANT1 TV on Tuesday.Gerovassili added that the issue will be dealt with sensitivity and low and middle income classes will be protected. The government spokeswoman stressed that these social classes “will not lose their homes.”Referring to the problem of bad loans in the negotiation with the creditors, she noted that the main issue under negotiation is income criteria and added that a political solution will be found. “What is described as figures concerns households,” she said.On pensions, Gerovassili explained that the government aims to build a system that will ensure the sustainability of the social security system.