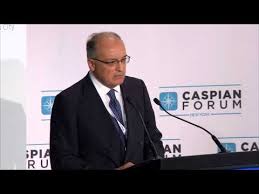 Azerbaijan does not appear prepared to accept a series of conditions requested last week by Production Reconstruction, Environment and Energy Minister Panayiotis Lafazanis in exchange for Greece’s backing of the ongoing development of the TAP (Trans Adriatic Pipeline) project.

According to Azeri news media, Greece’s three requests, a significant reduction in natural gas prices, an equity share for the Greek state in the TAP consortium, and transmission fees compensating Greece for the pipeline’s crossing through Greek territory, have not been warmly received.

However, Elshad Nasirov, Vice-President of Azeri energy company Socar, which holds a 20 percent stake in the TAP consortium, did not entirely dismiss Greece’s interest in acquiring a stake in TAP, when asked by Azeri news agency azernews to comment on the requests. He underlined that Greece would need to act fast and submit an offer.

Even if Socar does agree to sell a percentage of its 20 percent stake in the TAP consortium to the Greek state, it appears unlikely that Greece will have the funds required.

Nasirov was more absolute on Greece’s request for a reduced price on gas supply from Azerbaijan, flatly ruling out the prospect, at least for the time being. He set the issue within a wider context, noting that price levels in the international market would first need to fall considerably before any renegotiation between the two countries could take place. Nasirov also added that, besides international market prices, any price revision would not be possible before Azerbaijan begins supplying gas to Greece.

Greece’s DEPA, the Public Gas Corporation, and Socar reached an agreement in 2013 for an annual supply of one billion cubic meters of natural gas via the TAP pipeline, as of 2020, when the pipeline’s launch is scheduled.

Complicating the matter further, Socar’s deputy chief also noted that the gas price issue is not a bilateral concern involving just Greece and Azzerbaijan. The request would also need to be examined by the TAP consortium’s other shareholders, Nasirov remarked.

Besides Socar, the TAP consortium’s equity make-up includes BP and Statoil, both with respective shares of 20 percent, Fluxys with 19 percent, Enagas with 16 percent, and Axpo with five percent.

On the Greek request for transmission fees, not included in the initial agreement between Greece and the TAP consortium, Nasirov noted this was a matter that does not concern Azerbaijan, but, instead, needs to be addressed at an EU level.

Well informed sources have linked Azerbaijan’s negative response to the Greek requests to the European Commission’s recent decision to suspend a deadline into its investigation of a long-delayed sale of a 66 percent of DESFA, Greece’s natural gas grid opetator, to Socar. The EU executive body has not offered any explanations as to why it has suspended the deadline.