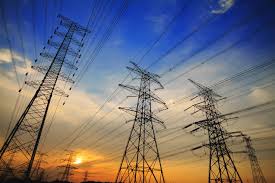 The government’s list of measures proposed to the country’s creditors, partially leaked yesterday, can be interpreted as one of careful formalities and without surprises that could create rifts. This is at least true for the energy sector, absent from both the list of privatizations and list of reforms, with the exception of the battle against fuel smuggling.

This means that, for the time being at least, the government has opted to avoid any ruptures, considering the well known unbridgeable differences that exist between it and the EU on energy-sector matters.

It is no surprise that the rhetoric expressed of late by Production Reconstruction, Environment and Energy Minister Panayiotis Lafazanis has targeted the very foundation of the EU’s energy policy, challenging the European energy structure, overall.

Also, at Council of Energy Minister meetings, which Lafazanis has taken part in, the ideological and political gap separating the Greek minister and his European counterparts on matters concerning the EUs’s official energy policy has been discerned by all.

Returning to the government’s list of measures, it should be noted that the full content of the 17-page text and supplementary 35 pages forwarded to the Brussels Group has yet to be fully revealed. Any information obtained so far has been leaked.

Even so, it can be considered certain that energy-sector privatizations have not been included, as the entire government supports that energy companies and networks should remain under public control.

Given that the country’s creditors consider the energy sector as one of the most critical areas for the Greek economy’s growth and competitiveness prospects, pressure for more specific measures concerning the opening up of energy markets and adoption of electricity and natural gas practices that apply at a European level, as was included in an agreement reached on February 20, cannot be ruled out.