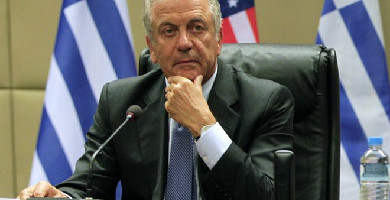 Defense Minister Dimitris Avramopoulos arrived in Washington early on Thursday for an official visit following an invitation by his US counterpart Chuck Hagel.

The two men were to meet later in the day for talks that were expected to focus on the possible participation of Greek armed forces in American-led peace missions in view of Greece’s stated intent to play a key role in contributing to stability in the broader region.

The talks come at a critical moment in the wake of the beheading of American journalist James Foley by an Islamic State (ISIS) militant, with the US seeking the support of allies in tackling volatile situations in Iraq and Syria.