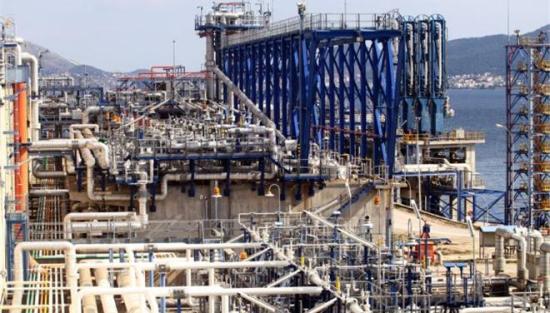 The attempted sale of a 66 percent stake in DESFA, Greece’s natural gas grid operator, to Azeri state-run energy company Socar, an unending ordeal that has dragged on over the past couple of years, will hit its final stretch in June, and does not seem likely to be completed.

A letter of guarantee provided by the Azeri company when it submitted its offer two years ago expires in June, as foreseen by the tender’s terms, meaning Socar will be free to withdraw without any repercussions. A two-year period had been set for the deal’s completion.

A deal between DESFA and Socar was suspended last November by the European Commission, when it launched an investigation into whether the sale complied with EU competition laws, but has remained stagnant since January.

Last week, the EU’s competition commissioner, Margrethe Vestager, noted in an interviewed offered to news portal Euractive that it would be premature, at this stage, to speculate on the decision to be issued by Brussels.

Vestager remarked that “as part of the process, the European Commission has forwarded questions to Socar and is awaiting full and comprehensive answers,” thereby attributing the agreement’s delay to the Azeri side.

It has all boiled down to looking like the Azeri company has lost interest, as reported by energypress last month, following remarks offered by Socar CEO Rovnag Ibrahim Abdullayev.

The main reason behind Socar’s change of course concerns Azerbaijan’s troubled economy, whose standing is dependent on oil and gas exports. Revenues have dropped dramatically over the past year as a result of lower prices in the market. The Azeri goverment recently devalued its national currency, the manat, in a bid to boost exports.

More recent reports have brought Fluxys back into the picture following previous interest expressed by the Belgian company in DESFA. But the recently elected Greek government’s negative view of privatizations makes even this prospect difficult, if not impossible.

According to the unfinalized deal, Socar would acquire a 66 percent stake in DESFA by purchasing a 31 percent stake from the Greek state and 35 percent belonging to ELPE (Hellenic Petroleum) for the sum of 400 million euros.