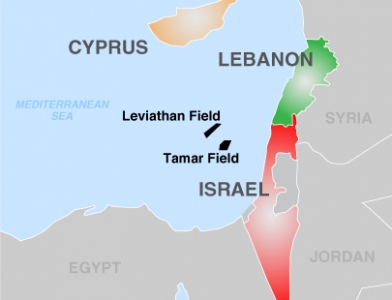 The partners of the Leviathan field offshore Israel signed a letter of intent with a subsidiary of BG Group to discuss exporting gas from the 19 Tcf Leviathan field offshore Israel to a gas liquefying facility in Egypt. Delek Drilling is negotiating providing 7 bcm of natural gas annually from the Leviathan to British company BG’s plant in Idku Egypt for 15 years at a price to be determined.

The discovery of the 19 Tcf Leviathan field came to promise the end of gas vulnerability for Israel. The Leviathan represents the largest exploration success in Noble Energy’s history. Noble also made a substantial discovery with the 10 Tcf Tamar field that came online in March 2013. The successful exploratory drilling in Israeli waters mean energy independence for a country that long relied on imports to satisfy its domestic needs. The fields are expected to meet Israel’s natural gas needs for decades to come.

After a lengthy national debate around whether to allow the export of natural gas and how much of it to sell, the Israeli government decided in June 2013 on a 40% export quota that was ratified by the Supreme Court in October of the same year.

Since the confirmation of Israel’s entry in the export business, the country has not formulated an export policy. Export routes and markets remain uncertain. Using Cyprus’ planned LNG terminal, building its own LNG or FLNG, building a pipeline to Turkey, limiting itself to exports to immediate neighbours or using Egypt’s unused export LNG terminals remain mere speculations.

It is important to remember that Israel has suffered from its reliance on Egypt to import natural gas specially after the events of spring 2011 that caused the disruption in the flow of gas from Egypt to Israel. The country’s history of energy vulnerability might encourage it to opt for the diversification of export routes instead of limiting itself to one single export route.

Exporting gas through Egypt is a simple endeavour. The gas would flow in the opposite direction (from Israel to Egypt rather than the opposite). Beyond supplying gas to the Egyptian market currently undergoing a severe energy crisis, Israel would use the export facilities to reach further markets.

The agreement is not binding at the moment and a deal is expected to close by the end of 2014, subject to regulatory approvals in both Egypt and Israel. The LOI simply indicated the commencement of talks in this direction. In May, Noble Energy signed a LOI to export 2.5 tcf annually over 15 years to the Spanish company Union Fenosa Gas SA LNG facility in egypt from the 10 Tcf Tamar field. It is expected that Israel will have a strategy that will encompass various routes and export markets to mitigate geopolitical and technical risks.

Karen Ayat is an analyst focused on energy geopolitics.