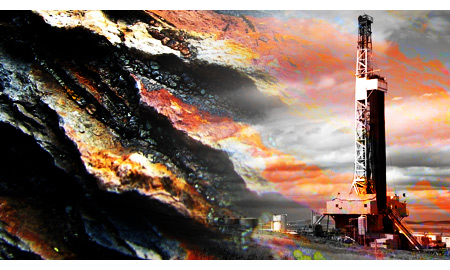 At least for the last 40 years energy geopolitics has been dominated by the 80:10 ratio. Eighty per cent of all the fossil fuels on the planet were to be found in OPEC countries and Russia, and 10% in the OECD countries and China. The 80:10 ratio has now been imploded by the shale revolution. The ability to access enormous shale plays outside the domain of traditional resource holders, particularly in China and the United States, as well as Central and Latin America, Europe and South-East Asia has immense economic and geopolitical consequences. One unrecognized consequence is the impact on the rule of law. Elites of resource holding countries have been able to treat the rule of law in respect of their own people and energy investors with minimal respect. The shale revolution has however begun to impact on the impunity of such resource holders. As Rex Tillerson, CEO of Exxon said at the 2014 AGM “ I think it has only perhaps begun to be realized by many resource owners around the world that because of the new era of abundance that we talk about, that they’re in competition. When do their resources get developed or do they get developed at all?’

Increasingly over the last forty years as fossil fuel resources have concentrated in a handful of countries these resource holders have been able to develop significant economic and political power. These fossil fuel resources empower the elite and disempower the people. The local elites can no longer be so easily controlled by the people, as the elites no longer have the same dependence on tax revenues, instead they can rely on energy royalties. These newly enriched elites and their societies then also face a growing problem of corruption as the impact of energy revenues seep into every corner of the economy and state administration. The net effect of access to substantial fossil fuel resources can constitute a serious threat to the domestic development of the rule of law.

In parallel, as fewer and fewer states hold fossil fuel resources, the major international oil companies (IOCs) find that their terms of developing the resource base in countries lucky enough to have them weakens. The IOCs become less partners than hired hands, who are brought into to develop the resource base for a restricted share of the revenue flows, despite the fact that they are  bringing in the capital and technology to develop the resource. The IOCs have also faced significant rule of law problems with resource holders themselves. They have faced difficulties in maintaining agreed licence terms, with resource holders seeking to weaken the initially agreed terms. There have been threats and actual expropriation of licence rights. In addition, given the destabilization caused to the rule of law in many states because of the huge energy flows, problems of corruption and authoritarian government create significant reputational problems for IOCs seeking to do deals with many resource holding states.

As Rex Tillerson points out the shale revolution is beginning to impact on the power of resource holders. The ability of the rest of the world to access substantial quantities of fossil fuels on their own territories or on the territory of traditionally rule of law abiding states begins to change the power dynamic between traditional resource holders and the IOCs.  The primary impact of the shale revolution on the rule of law is that it makes far more difficult for resource holders to contemplate undermining licence terms or expropriation. Any such action is likely to result in limited FDI entering into the domestic energy sector as the IOCs can instead develop a shale oil play in the US, or a shale gas play in Australia without any threat to their property rights.

The secondary impact of the shale revolution is on the application of the rule of law domestically. One other major and increasing problem for the IOCs is the reputation problem flowing from corruption and the authoritarian nature of many resource holding states. Increasingly resource holders are likely to face the problem is that not only are they going to have to respect the agreed terms of contracts made with the IOCs, but in order to attract IOC capital and technology they are going to have to improve their standards of governance. From an IOC perspective the question will be even if with their property rights secure why take the reputational hit of working in problematic resource rich states, when there are now lots of other places in the world where fossil fuels can be developed? The ability to access alternative fossil fuel resources in stable rule of law states will create a major push for much better governance standards in traditional resource holder states.

There is one major question that remains in this analysis: China. The question is whether China will follow the Western IOCs approach or seek to undermine pressures toward stronger governance standards amongst resource holders. On the one hand, China could see advantages in obtaining access to more resources on preferential terms and locking out Western IOCs. However, on the other hand, in a world of abundant fossil fuels, China is not locking out anyone. In addition, lower standards of governance make deal making difficult for everyone. Its easier also for Chinese companies to operate in the Texas Eagleford Shale oil play, than in many other traditional resource holding territories. There are major commercial advantages for all firms Chinese and Western in seeking higher governance standards, and stronger rule of law compliance. In addition, the same reputational problems will face Chinese companies. Do Chinese energy companies really want to be the only energy companies dealing with authoritarian and corrupt resource holders?

We will probably able to gauge the Chinese reaction to the rule of law impact of the shale revolution over the next few years in Africa and South-East Asia. In Africa new discoveries in the Rift Valley in East Africa will affect a dozen or more countries in the region. Within a decade approximately one-third of African states could be generating a majority of their export revenues from oil and gas. Will Chinese energy companies continue with business as usual or work with Western IOCs to insist on stronger governance standards across the region?

Another and perhaps more immediate example is the Chinese reaction to the May 2014 Thai coup. The Shinawatra governments which have run Thailand in between coups between 2000 and 2014 expanded and developed the rule of law. They also had begun to develop the Thai offshore oil and gas resources. Already there is evidence of a steep decline in the quality of and to access of justice since the recent coup. Potential energy investors will face a host of legal and reputational issues surrounding offshore development in Thailand post coup. Will China support the development of the Thai offshore, or instead focus on assisting post-military rule of neighbour Mynamar in developing its fossil fuel resource base?

The jury on the rule of law impact of the fossil fuel resource base is still out. Clearly Western IOCs should be able to extract better terms from many resource holders. There is also a far greater incentive for IOCs to walk away from reputational risk when there are less reputational risky places to seek to develop. How far China, may act as a supporter or an inhibitor of higher standards of governance in resource rich states is open to question. However, given there is a compelling case on China’s own terms to support higher standard we may well see shale being credited as having a significant impact on the rule of law as well as Western energy security and the global switch from coal to gas.