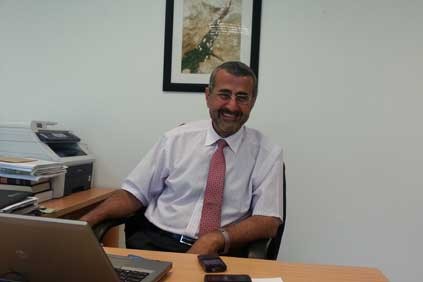 ENI’s recent announcement of a giant discovery in Egyptian waters raised concerns that deals to import gas from Israel’s largest offshore fields and Cyprus’ Aphrodite may be off the agenda. The Zohr field, located in the Shorouk Block in 1450m water depth and encompassing an area of 100 km2, is estimated to hold up to 30 Tcf, is the largest discovered to date in the Eastern Mediterranean region. Israel’s biggest offshore successes, the Leviathan and the Tamar fields, both discovered by Texan Noble Energy, hold respectively 22 and 10 Tcf. ENI’s Zohr discovery in Egypt’s maritime zone is expected to tremendously alter regional dynamics. Not only can it put an end to Egypt’s ongoing energy crisis, but the quantities, if confirmed, also allow room for exports. Should Egypt reach the export phase, the field may fill the capacity of two LNG plants at Damietta and Idku, and prevent further imports from Israel and Cyprus.

ENI had previously faced setbacks in Cypriot waters; its two drillings in Block 9 of Cyprus’ Exclusive Economic Zone proved dry. The successful encounter in Egypt will no doubt reinforce the Italian company’s presence in the Eastern Mediterranean, lift the region’s overall export potential and potentially improve diplomatic relations between the emerging natural gas producing Eastern Mediterranean players, or, on the contrary, promote competition over gas exports. ENI is planning to move to the appraisal drilling phase in the aim of commencing production as early as 2020.

Natural Gas Europe spoke with Dr Charles Ellinas, former Chairman of the Cyprus National Hydrocarbons Company, to understand the significance of this giant find, and more importantly its implication on Cyprus’ natural gas aspirations. Asked whether Egypt’s Zohr discovery cancels the possibility of gas imports from the Aphrodite to Egypt’s export LNG terminals, Ellinas answered that Egypt’s new find constitutes an additional challenge to the concretisation of an import deal from Cyprus to Egypt. He added however that ENI still has to assess production quantities and the timeline attached to the field, as well as define how much gas will be reserved for domestic consumption and how much will be allocated for exports via Egypt’s LNG plants, highlighting that BG and Union Fenosa, operators of the Idku and Damietta plants, are likely to take the necessary time before finalising any decision.

Ellinas said that the new discovery strengthens ENI’s positioning in the Eastern Mediterranean: “Having announced that their strategy is to concentrate on mature provinces, it remains to be seen whether they continue in Cyprus or whether they focus their efforts in Egypt. Certainly Egypt will put ENI under pressure to bring Zohr into production as soon as possible given its dire need for gas, and stop expensive LNG imports.”

ENI’s Zohr discovery is likely to trigger regional competition over gas exports. “The world is experiencing a glut of LNG, so Zohr could end up competing with Cypriot and Israeli gas especially if it is fast tracked. But Israel and Cyprus still have the option to pipe the gas through Turkey to southeast Europe, once the Cyprus problem is resolved. But they need to act quickly”, said Ellinas. Despite ENI’s disappointing results in Cypriot waters, the discovery does however indicate there may be more gas to find in the Levant basin, and particularly in Cypriot waters, given the proximity of the discovery to Cyprus’ maritime zone. ENI is scheduled to pursue its drilling offshore Cyprus in Block 9 of the island’s EEZ, and the possibility of encountering additional reserves remains a possibility.

* Karen Ayat is an analyst and Associate Partner at Natural Gas Europe focused on energy geopolitics, co-founder of the Lebanese Oil and Gas Initiative (LOGI), holds an LLM in Commercial Law from City University London and a Bachelor of Laws from Université Saint Joseph in Beirut.