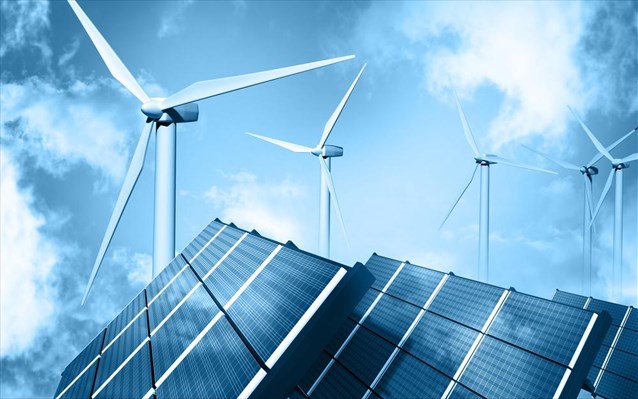 As the price of oil has slummed these past few months, many are concerned on how this will affect the renewable energy market. Will the people keep on trusting the enormous development of these technologies that took place the past 15 years?

There are four main reasons why this price drop should not affect any plans in energy efficiency and renewables.

α.    Renewables and oil are irrelevant sources of energy.

Renewable sources of energy, such as wind and sun, have no cost to be exploited and used to directly generate electricity, on site. On the other hand oil, and most of the fossil fuels (natural gas, shale gas, coal), need a vast investment to extract the resource from the earth, process it, store it and finally transport it to where the demand is to generate electricity.

Oil itself is used primarily for transport; less than 1% accounts for electricity generation in North America and Europe, and globally around 5%.

So the most important factor for renewables is not the price of oil but the price of electricity, which is vastly affected by the cost of power grids to transfer the electric where the demand is located! As oil is linked to natural gas (NG) prices, and NG is a major supplier of power producers, cheaper NG will mainly displace coal, as base load, and not renewables. Which is good, as NG is much cleaner than coal. Coal could get cleaner, but no one really expects a big change in its efficiency, while tighter regulation will drive up costs.

b.    There is a big volatility and uncertainty in oil prices

The world is not running out of fossil fuels like oil and NG. There are enough and economically viable reserves for the next 50 years, at least. Coal is abundant! Yet, oil prices are something that no one can predict. The Economist in 1999 predicted a world of $5 to $10 a barrel, and by 2005 the price passed the $50 mark, reaching an unexpected high of $145 in July 2008. Last week the price was dropped below $27 on Wednesday and by Friday was up by 21%. And this is normal for the oil market!

Uncertainty is expensive, and the costs of this volatility are very significant. An increase of the crude oil by 20% matters less than the uncertainty about the future direction of the price, a US Federal Reserve study addresses. These price swings create big economic waves that affect investments, labor and resources. The rule of thumb is that a 10% fall in oil prices boosts economic growth by 0.1% to 0.5%, the Economist points out.

On the other hand renewables have no external factors that can create instability on the outcome once the initial investment is in place. Costs constantly fall through the past 15 years, and since their source is free and plenty, generation costs remain constant throughout the life cycle of the investment.

It is clearly in the interest of intensive energy users and investors to lock electricity prices over a long period of time, not affected by any uncertainties.

Solar panels’ cost has dropped over 80% over the past decade making solar energy directly competitive with utility prices. As of IEA, solar PV is now at or near grid parity in many markets. This is achieved primarily due to new manufacturing technics and new materials implemented in the process that increased efficiency. Wind energy has done much more than that, as advanced composite materials gave the opportunity to manufacture bigger blades and higher towers, an approach that in many cases reduced the Levelized Cost Of Energy to lower levels than the wholesale electricity prices in some markets.

NREL notes that cost projection for the next 5 years are about half of what was predicted a decade ago, showing that innovation outpaced expectations driving prices down faster than anticipated.

Innovation also is about to tackle the biggest bottleneck renewable energy technologies have, which is nothing else than storage. During the past 10 years the technology applied into batteries reduced the cost by 60% according to the Economist while McKinsey estimated that the cost of lithium-ion batteries can drop as low as $150 per kWh by 2020. Tesla’s Powerwall announcement last year was more shocking to the energy sector than the oil price decrease as along with smart grid solutions electricity storage will revolutionize how renewables are utilized in power grids. As McKinsey predicts the demand for time-shifted storage could grow 10 times by 2050.

d.    The global dynamics of energy are changing

The NIMPY (not-in-my-back-yard) politics create many problems in dense populated European countries, like Germany, Netherlands, Italy and Greece. American and Spanish utilities are fighting policies against off-grid power systems and net metering schemes. These problems can be avoided in emerging markets where power infrastructure is scarce though governments want to provide access to electricity to their people.

And here is the opportunity, as the money given to subsidies for fossil-fuel in these emerging markets now are available to create distributed renewable energy projects. A recent IMF report shows that the world pays $5.3 trillion a year in hidden costs to keep burning fossil fuels, in addition to almost $544 billion in direct government subsidies as estimated by IEA just for 2012. As oil prices crashed, several countries in Africa, as well as Egypt, India, Indonesia, Ukraine, and others, cut these subsidies.

Now Egypt wants to increase renewables to 20% of capacity by 2020 and has a pipeline of 6.7GW of solar PV, 300MW of which are expected to be operational in the next 5 years. China that was the world’s biggest polluter for many decades, in 2013 according to the United Nations, invested more in renewable energy than Europe did and is now the global market leader. India wants to rely on solar to bring electricity to the hundreds of millions of Indians who lack it and placed an ambitious goal to install 170 GW of clean energy by 2022. In Latin America Mexico’s president Felipe Calderón stated a goal of getting 35% of electricity from low-carbon sources by 2024, estimated to 20GW of renewables. Chile is leading the way in solar PV and Brazil in wind, biomass and hydro.

The biggest change though is coming from the GCC countries. As Saudi Oil Minister Ali Al-Naimi recently said: “We recognize that eventually, one of these days, we are not going to need fossil fuels. So we have embarked on a program to develop solar energy.” At the end of the day, as McKinsey estimates, even at prices of $35 to $45 per barrel of oil, solar PV pays for itself; and that frees up more oil for sale!

Note to mention here that the share of fossil fuels in primary-energy consumption, a category that includes transport, didn’t move a fraction between 2005 and 2013, sticking at around 81% based on the World Bank.

The tipping point on renewables has come and gone, Barack Obama pointed out in his last State of the Union address two weeks ago. Renewable energy has already reduced electricity cost in certain markets and will be less expensive than conventional energy sources in the upcoming years. Meanwhile, the price of fossil-based power generation will remain as predictably unpredictable as ever. Renewable energy can improve markets certainty by diversifying the energy supply and increase energy security, an intrinsic opportunity for the emerging markets, like Africa. Moreover it can cut emissions of carbon dioxide from the burning of fossil fuels.

To be able to mitigate climate risks while saving money and increasing market certainty, renewable energy will continue to be an appealing business model.