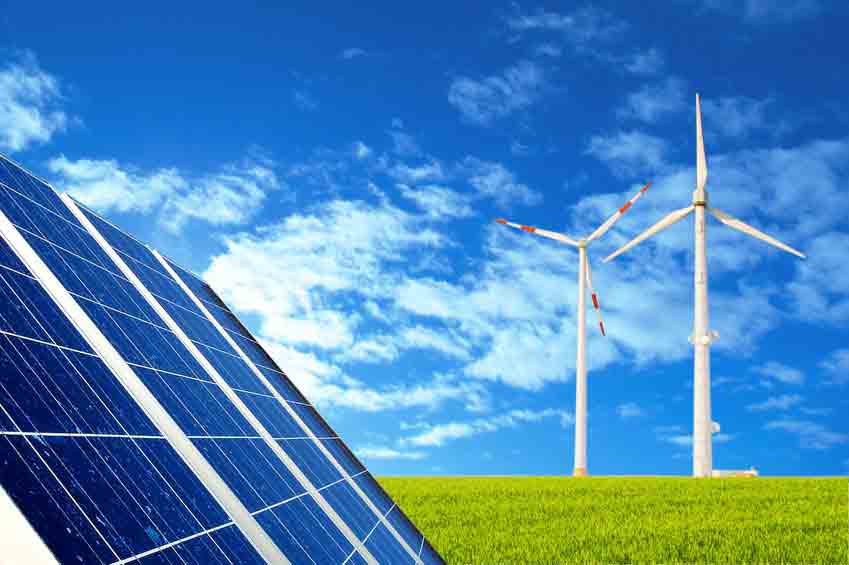 The structure of the support regime for renewable electricity in Greece is changing. In the context of Law 4414/2016 regarding the new support scheme for renewable electricity in Greece (Law 4414/2016) the Regulatory Authority for Energy (RAE) recently delivered an opinion to the Minister of Environment and Energy (Minister) about the optimal structure of the permanent competitive bidding processes being introduced in Greece for new electricity capacity from renewable energy sources from 2017 until 2020. The main driver for reform is to bring Greece into compliance with the European Commission’s Guidelines on State aid for environmental protection and energy for the period 2014–2020 (Guidelines). This briefing provides some insights into RAE’s opinion and considers the prospects for new renewable energy capacity in Greece by 2020.

Greece’s national overall target for 2020 under the Renewable Energy Directive provides for an 18 per cent share of energy from renewable sources in gross final energy consumption. It is estimated that in 2016 the country already achieved a 16 per cent share thanks to the circa 5.5GW of generating capacity from renewables installed during the last 15 year1 and the circa 3.2GW of large-scale hydropower capacity installed in mainland Greece. This must however be viewed in the context of reduced energy demand during the recent years as a result of the country’s economic slowdown. Increased energy consumption in the medium term to 2020 would likely reduce the anticipated contribution of renewables to the country’s energy mix.

However, significant new investment in renewable technologies is still required in order to reach the 2020 national target. In terms of capacity, the gap is currently estimated in the range of 2.2–2.7GW. It is estimated that only 500MW of the 1GW of potential new wind capacity, which has been contracted under the previous support scheme of feed-in tariffs2, is likely to meet the end-March 2019 deadline3 for commissioning to avoid switching to feed-in premiums. As a result, most of that gap to the 2020 national target will undoubtedly be filled by new capacity that will be contracted under the new support scheme. The new scheme is more market oriented; generators will compete on price in auctions for project-specific reference tariffs. Successful generators will then receive feed-in premiums, topping up market revenues to the level of the applicable reference tariffs set by auction4.

Because of the different positive externalities and the different levelized cost of electricity (LCOE)5 between the various renewable technologies as well as other differences between them (i.e. licensing and commissioning timelines, availability of grid capacity in windy areas, allocation of grid capacity between intermittent and non-intermittent technologies) RAE considers it more appropriate to conduct separate auctions for each renewable technology instead of technologically neutral auctions where all technologies compete against each other.

More specifically, RAE proposes that only sufficiently developed wind projects exceeding 3MW capacity and found at least 1.5 kilometers away from each other to avoid abuse of capacity thresholds (save for cooperative schemes to which a 6MW threshold is intended to apply) and sufficiently developed solar PV projects regardless of capacity should be subject to auctions on pricing. These projects are proposed to be those with an Environmental Terms Approval and a Final Grid Connection Offer from the competent grid operator6. Separate auctions should be conducted for solar PV projects less than or equal to 1MW and greater than 1MW. Early-stage projects could be exceptionally auctioned off in case of imminent spare grid capacity following major grid upgrades or expansions and special interconnections like the South Evia island – Polypotamos – Nea Makri (Attica) and the Cyclades islands – Attica interconnection projects.

It is expected that RAE will also consider the case for separate wind capacity auctions in different geographical zones and areas of the country in order to take into account different wind potentials whilst avoiding overconcentration of projects in areas with great wind potential.

Technologies and projects to be exempt from auctions

The remaining renewable technologies such as small scale hydropower (i.e. ≤15MW), solar thermal, biogas, biomass, geothermal and highly efficient cogeneration of heat and power plants of a total new capacity in the range of 300 – 400MW are proposed to be excluded from auctions because there are insufficient numbers of projects to hold successful competitive auctions and to achieve economies of scale in most cases.

Likewise, 18 clusters of onshore wind projects in islets and the Non-Interconnected Islands (NIIs) and two offshore wind projects with Electricity Production Licences (most of them exceeding 250MW) that are to be connected to the mainland grid through dedicated new subsea interconnection cables are also suggested to be also excluded from auctions, subject to prior notification and approval from the European Commission regarding individual aid granted on the basis of an aid scheme under paragraph (20) of the Guidelines, and a special cost-benefit study when NIIs are involved according to Article 4 of 2014/536/EU7. Law 4414/2016 provides for up to a 25 per cent uplift on the currently applicable regulated reference tariff for such projects provided that it does not result in an excessive internal rate of return for the project (Project IRR)8.

Further, RAE recommends that ground mounted solar PV projects of great investment value that have qualified under the Fast Track Licensing provisions of Article 9 of Law 3775/2009 or as Strategic Investments under Law 3894/2010 should also be excluded from auctions on the condition that the entire project will be built, in which case the relevant reference tariff would be set at around 90 per cent of the lowest price offered by solar PV projects in previous year’s auctions. Otherwise these investments should be also subject to auctions.

Finally, RAE is of the opinion that hybrid stations (those combining at least one renewable technology with energy storage systems interacting with the local distribution system subject to some technical limitations) should enjoy different technology-specific feed-in tariffs for electricity generation and a price for their generating capacity. RAE does not exclude an individual aid approach (as above) based on substantiated feasibility studies providing for a reasonable return on invested capital in the range of 10 per cent account taken of the variable cost of power generation in the isolated systems (NIIs) concerned, nor does it exclude auctions for hybrid stations should they are expected to result in more competitive pricing.

Domestic electricity consumers effectively bear the cost of power generation from both domestic and imports of renewable electricity. According to paragraph (122) of the Guidelines ‘operating aid schemes should in principle be open to other EEA countries and Contracting Parties of the Energy Community to limit the overall distortive effects’. Therefore, RAE proposes a specific methodology for allocating through the auctions a fair share of the intended renewable energy capacity to renewable energy power plants installed in other EEA countries on the condition that active cross-border trading of electricity takes place with these EEA countries. The proposed methodology takes into account renewable electricity imports in relation to domestic final electricity consumption on an annual basis. In practice these countries would likely be only Italia and Bulgaria. The matter will need be further considered and mutually acceptable terms and conditions negotiated with these countries in the context of the cooperation mechanisms permitted under the Renewable Energy Directive to facilitate cross-border support for achieving national targets.

The opinion of RAE will form the basis of the Minister’s notification of the intended scheme and will be assessed by the European Commission in the light of the Guidelines after which the Minister will deliver his own final decision on the permanent auctions scheme and on the first auctions according to Law 4414/2016. It is expected that the assessment and ministerial decision will be completed by the end of summer 2017 in order for RAE to conduct auctions during 2017. Of course, some alignment of Law 4414/2016 with the final scheme’s design is likely to be required.

RAE considers these tenders to have resulted in considerable discounts for consumers through an acceptable level of competition and they are expected to be used as a model for conducting the permanent auctions for all the renewable technologies concerned.

Aside from procedural matters what will really count is the timely finalization of the permanent auctions scheme in order for the first auctions to take place within 2017 whilst testing project sponsors’ readiness and willingness to make further investments in renewables in Greece.