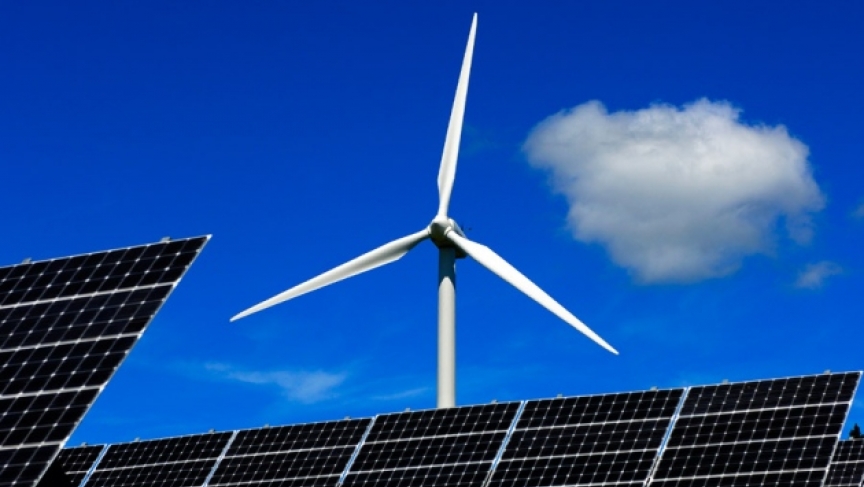 The Greek Government has now opened a consultation on proposals for the long awaited new national support scheme for renewable electricity. The consultation began on 26 February and remains open until14 March. The proposals are intended to reform the current scheme in line with the European Commission’s Energy and Environmental State Aid Guidelines for the period 2014-2020 (EEAG). The Government hopes to better integrate renewables into the national electricity market as well as limiting the level of support so as not to over-reward renewable electricity projects.

Based on the proposed scheme, Greece aims to install at least 2.5 GW of new renewable capacity so to achieve its 40% renewable electricity target by 2020. Given that 5 GW of renewable capacity was installed during the last 20 years, this appears on the face of it to be a significant challenge. In any event, Greece needs to move faster and more decisively if it is to meet its 2020 target. In this context, the new scheme will have to achieve the country’s objective for the rapid deployment of large scale renewable projects within a short period of time.

Below is the summary of the main features of the proposed scheme as published for the purpose of the consultation process.

The two overarching principles of the proposed support scheme are (a) the direct participation of renewable energy projects in the Greek wholesale electricity market and (b) revenue support on the basis of cost reflective, market-based operating aid which will ensure that the projects are neither overcompensated nor undercompensated. To this end, the feed-in tariff (FiT) scheme applicable with small variations since 1994 will be replaced by a technology specific sliding scale feed-in premium (FiP) which will be added as a premium to the revenues received by the renewable generators through their participation in the wholesale electricity market.

The new scheme is intended to apply only to new renewable projects entering into quasi power purchase agreements (practically, a contract for differences – CfD) with the market operator after January 1, 2016.

Operating projects and projects under development, which entered into a power purchase agreement with the market operator before the end of 2015, as well as those projects falling under the capacity threshold exemptions set out under the EEAG,1 will continue receiving operating aid under the previous FiT support scheme. All these projects will be granted an option to voluntarily switch to the new FiP support scheme.

However, projects which entered into a power purchase agreement with the market operator before the end of 2015 will need to commission by a certain deadline in order to continue receiving operating aid under the previous FiT support scheme. Wind and small hydropower projects will have to be commissioned by 31 March 2018 and all other projects by 31 December 2017.

Participation in the market

Based on the proposal, renewable power projects will participate directly in the daily wholesale market by submitting zero priced offers on an hourly basis and will be subject to the clearance and settlement procedures of the day-ahead market related transactions which now apply to conventional power plants and electricity imports. Given that currently there is no liquid intra-day electricity market in Greece, the proposed scheme does not provide for balancing obligations imposed on generators during the first stage of its application. However, this is expected to be adjusted once the Greek electricity market aligns with the European Target Model that is currently foreseen to be completed by the end of 2017. In order to facilitate the participation of the renewable generators in the market, it is provided that service companies (RES operators) will undertake to represent them in exchange for a management service fee.

Due to their participation in the wholesale electricity market and taking into account the day-ahead scheduling currently required for the operation of the market, the renewable generators (or their RES operators) will have to prepare detailed forecasts of their expected production for the following day. Given the importance of having accurate forecasts for the purposes of the day-ahead scheduling, an imbalance charge is likely to be imposed on the generators on the basis of the deviation between the forecasted and actual production where certain tolerance limits are exceeded. Furthermore, if there is excessive renewable power generation on the system, there is an increased risk of the wholesale market prices falling to zero, so generators who have made inaccurate forecasts falling outside the tolerance limits may risk receiving low or no remuneration for electricity generated during zero-priced hours.

Determination of the operating aid

The new support scheme provides that the generator’s revenue for renewable electricity will be remunerated at the so-called Reference Tariffs (RTs). RTs reflect the overall average remuneration required by the generators and have been calculated by the Government on the basis of the specific levelised cost of electricity (LCOE) for each technology and groups of projects. The LCOE calculations have been made on the basis of a typical project per technology and group of projects, taking into consideration various standard parameters such as capital costs, operation and maintenance costs, capacity factor, weighted average cost of capital, the relevant accounting rules, as well as a reasonable rate of return for the investor. The LCOE will be revised annually in order to assist the recalculation of the RTs for the new projects, taking into account the relevant financing conditions and costs per technology prevailing each time.

The RTs for all renewable projects, other than solar PV projects with a capacity in excess of 500kW, will be administratively set during the initial application period of the new scheme. The Greek Government’s intention though is to determine this year which technologies, categories of projects and capacity thresholds could be eligible to receive operating aid through competitive bidding processes as from 2017. To this end, one or more pilot tenders for at least 25MW of new solar PV capacity will be launched within this year.

Until the competitive bidding processes are implemented, the level of the RTs will continue to be determined administratively through a ministerial decision to be issued within the first six months of a calendar year (n) and which will provide for the RTs for the n+2 calendar year for wind and small hydropower projects and for the n+1 calendar year for all other projects.

Especially for this year, the following RTs will apply for wind and small hydropower projects that are going to achieve commissioning by end 2018 or by the end of 2017 for all other projects:

The RTs are composed of two parts: (a) the FiP and (b) the generators’ revenues from their participation in the market (Reference Market Priceor RMP).

The FiP is effectively the difference between the RMP and the RT for each technology and will be guaranteed for a term of 20 years for all renewable projects, other than solar thermal power plants and small rooftop solar PV installations up to 10 kW which will enjoy an additional five year period of guaranteed FiP.

The new scheme aims to ensure that renewable generators will always be remunerated at the level of the RT. This payment mechanism will be reflected also in the relevant CfD to be entered into between the generator and the market operator, as a quasi power purchase agreement. If the RMP exceeds the technology specific RT, no FiP will be due to the generator and any excess revenue will be paid by the generator into the special account kept by the market operator for the payment of renewable electricity support.

The introduction of a new support scheme for renewable electricity is mainly driven by the need to adjust the national scheme to the EEAG and to a lesser extent by the country’s strategic planning for the further promotion of renewable electricity through market based mechanisms for the period up to 2020. Its main features are aligned with the EEAG while it also takes into account to a certain extent the specifics of the Greek electricity system (eg. non-interconnected islands) and the status quo of the domestic renewable energy market (eg. grandfathering provisions for operating and PPA contracted projects).

However, certain key issues need to be clarified as soon as the proposed scheme, which is now presented in a rather generic context, is published as a bill. Issues for further consideration have been already raised by the market stakeholders within the framework of the consultation process, including the need for revisions of the LCOE calculations for certain technologies.

It remains to be seen how quickly the Greek Government will secure the European Commission’s approval in relation to the compatibility of the proposed scheme with the EU state aid rules and so how quickly the legislation may be brought before the Greek Parliament. To avoid a hiatus in investment, the Government will need to ensure that the implementing secondary legislation is adopted promptly and will need to initiate the process for determining a detailed framework for the period 2017-2020 as soon as possible. Otherwise there is a risk that only a limited number of projects will contract with the market operator in 2016. However, the  considerable pipeline of renewable projects (more than 2 GW) which have already contracted with the market operator under the previous FiT support scheme provides a level of comfort about progressing towards the 2020 renewable electricity target while the new support scheme is fully implemented.