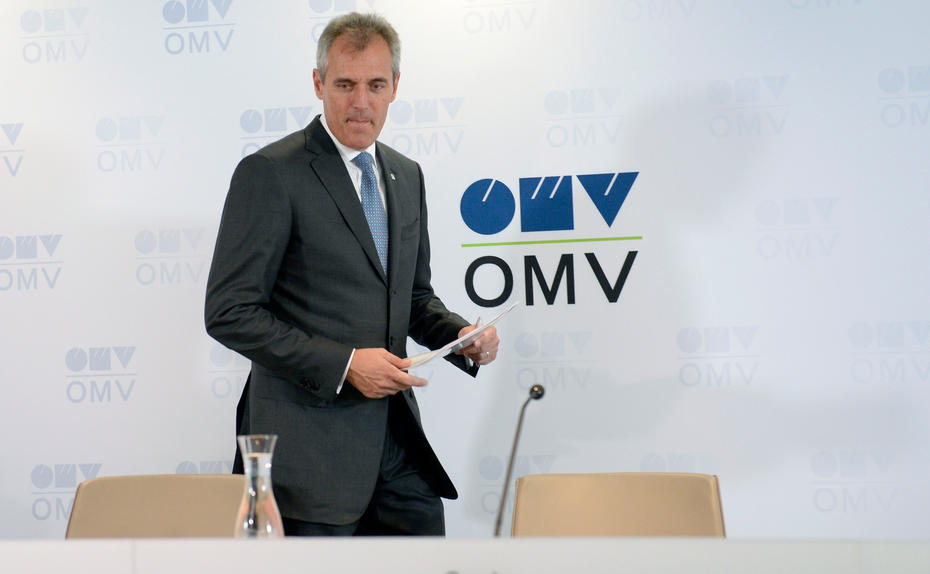 In contrast to the various European natural gas transit pipelines that have been introduced and later cancelled, Chairman of the Executive Board and CEO of Austria’s OMV Aktiengesellschaft, Mr. Rainer Seele, says the Nord Stream II project, which would expand deliveries of Russian natural gas to Germany, holds promise.

OMV is one of the shareholders in the project, which also includes Gazprom, E.ON, Shell, Wintershalland Engie, who signed a shareholders’ agreement at the beginning of September.

Replying to a question from Natural Gas Europe on OMV’s rationale for participating in the Nord Stream project, Mr. Seele explained: “We do have a very special interest that the gas which we currently take under the existing route into our system here in Austria, that the gas from the Nord Stream project will find its way to our hub in Baumgarten.

“So what we are doing with that project is safeguarding, more or less, the investment we have done in gas infrastructure here in Austria.”

Secondly, Mr. Seele said OMV would like to improve the security of supply of natural gas, given the fact that the industry had seen interruptions for gas imports from Russia into the Western European markets. “The highest security of transit we can realize with the Nord Stream II project, as this pipeline will directly connect the European gas markets with the Russian gas sources, where the production is high.”

He reported that the sanctions against Russia should have no impact on the project.

Regarding the European Commission’s support for the project, he offered, “I think that we should really intensify now the dialogue when we have clearly defined the Nord Stream II project – it’s underway.” He added that the project company would initiate this dialogue.

“Because I’m absolutely convinced that this is a project improving the security of supply for the European markets, and that’s going to be our main argument.”

Moreover, he said that Nord Stream is not a “pipeline dream.”

Mr. Seele observed, “There are so many pipelines we dream about; Nord Stream II is a realistic project. Very powerful European investors are behind the project, and these are renowned companies we’re talking about which all have experience in building pipelines to increase security of supply. They see an economic rationale behind the project.”

He added that the project hoped to avoid any conflict.

“We would like to convince with the arguments of security of supply with a very safe and reliable transport and import of gas from Russia – that’s the story. But we will also invest for future capacities we do need to supply the European markets. It’s going to be fresh gas for an increasing import demand of gas for Europe.”

Mr. Seele said he would do his best to convince a majority of EU member states to get behind the Nord Stream II project, which would supply Eastern European countries with gas from the West.

This week, OMV’s CEO welcomed former German Chancellor Gerhard Schroeder at an event in Vienna, where the two emphasized the importance of good European relations with Russia.

“Russia plays a central role in the question of how we Europeans can secure our energy supply. Norway and Russia are the most secure and reliable energy partners for Europe”, said the former German Chancellor.

“I believe OMV’s strategy of engaging in Russia is correct – both in terms of the planned construction of the Nord Stream II pipeline as well as gas exploration in Siberia,” he said. “This engagement is completely in the spirit of longstanding close AustroRussian cooperation in the energy sector. As Europeans we need to establish deeper economic and political ties with Russia”.

Regarding the status of the asset swap negotiations with Gazprom for a stake in the Urengoy field, Mr. Seele said OMV was busy analysing data in a data room set up by Gazprom, a process which will last until the end of the year, when the company should understand the value of the assets. He added that the two sides had agreed on a short-list, which is confidential until the two sides agree on what to swap.

In terms of its results for the Q1 2015, OMV reports that the company’s combined “downstream segment” (gas and power merging with refining and marketing) delivered a strong result, with refining margins up and a good utilization rate.

The substantial decrease in the price of oil from a year earlier has weighed the Group’s performance down, by 50%, reaching only EUR 333 million compared to Q1/14 results of EUR 668 million. OMV cites security issues in Libya and Yemen also having an effect (but with no definite plans for the company’s exit from those markets).

Upstream production stands at 303kboe/day, of which Norwegian production accounts for 37kboe/day. Production in Romania has slightly increased, to 174kboe/day for Q1/15. The company is also busy offshore in the Black Sea.

Mr. Seele said OMV is a healthy company, even if it has to live with an oil price that halved compared to the previous three years. Key elements of the “Fit for Fifty” program, he said, include cost cutting and strict discipline regarding capital expenditure.

OMV, he said, is still committed to dedicating roughly 80% of CAPEX to upstream, with the company’s plan still including major investment projects like Schiehallion in the UK as well as in activities in Indonesia and Romania. “Altogether, these projects have a potential of about 80kboe/day in the upcoming years,” he said, adding that wells are to be drilled in the Romanian Black Sea and Norway in 2015.