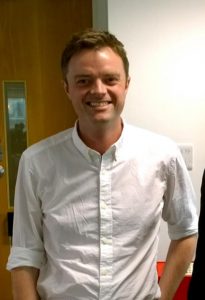 On August the 5th, with wildfires ravaging Greece, Prime Minister Kyriakos Mitsotakis made plain what so few in power are prepared to say. The fires, he stated, were “the reality of climate change.” One week later, with some 1,200 square kilometres of the country reduced to cinders, the Prime Minister followed-up with a pledge: “The climate crisis is here and it shows us that everything needs to change. From the orientation of the economy, to the energy policy.”

A powerful promise, but to save Greece – and the planet – from the climate emergency promises must be met with action. Fortunately, Prime Minister Mitsotakis has a clear opportunity to act. His government must stop supporting fossil fuel projects that will emit dangerous levels of climate-heating carbon dioxide while costing Greek taxpayers billions.

As this Summer’s fires subside Greek people will look to put their lives back together, and the cost will be in the billions. But as people from California to the Amazon can attest – and Greece itself well knows – wildfires like those that spread across Evia and the outskirts of Athens are not flukes. In today’s climate emergency, they are the new normal.

The reality is that Greece is getting drier and hotter. This summer has seen the worst heat waves in decades and temperatures are only set to rise in the future. More homes, businesses, and agricultural land will be at risk of fire, as will Greece’s world-class cultural and natural heritage sites – beloved worldwide and so critical to the country’s economy.

It is possible to slow and eventually halt this temperature rise. According to the Intergovernmental Panel on Climate Change, we can limit the increase in global temperatures to 1.5oC – the point beyond which the worst effects of the climate emergency will occur – if we dramatically reduce our carbon emissions. With fossil fuels making up 86 percent of the world’s emissions, we need to dramatically reduce their use.

For Prime Minister Mitsotakis there is an obvious way that Greece can help. At this very moment his government is facing key decisions over the future of major proposed fossil gas projects: the EastMed gas pipeline from Israel to Greece and the Alexandroupolis gas import terminal. At the same time, Greece has awarded over a dozen offshore oil and gas exploration licenses. If these projects go ahead, they would tie Greece and the region into decades of dependence on fossil fuels.

Far from clean, gas is Europe’s second largest source of carbon emissions and the EU has said it has to reduce its use by 90 percent over the next 30 years. Yet if EastMed and Alexandroupolis are built and operate fully, the gas they will transport would emit nearly 1.4 billion tonnes of carbon by 2050. For context, the IPCC estimates that the entire world is only allowed to produce another 400 billion tonnes of carbon if we are to limit temperature rises to 1.5oC.

Abandoning these projects also makes economic sense for every Greek citizen. Oil spills or gas flaring from offshore licenses would be disastrous to Greece’s tourism trade, and earlier this year the government issued €100 million in support for the oil driller Energean. At the same time, the government spent €167 million in EU funds to build the Alexandroupolis terminal. And because the Greek government owns a third of EastMed, if the €7 billion pipeline is built then Greek taxpayers will be on the hook for billions.

This is not money that Greeks can afford to spend on white elephant projects – taxpayer funds that will be wasted as we all stop using fossil fuels. Instead, this money can be used to fund real solutions to the fuel poverty crisis faced by so many Greek people. Insulation for houses, solar panels, wind farms, projects that rebuild and protect property damaged by wildfires: Greece’s energy infrastructure needs investment, but it needs investment that helps rather than hurts the country.

Last week, Prime Minister Mitsotakis stated that his government was at the “forefront” of talking the climate emergency. Yet to date, his government has heavily promoted both EastMed and the Alexandroupolis terminal, bailed out an offshore oil company, and opposed efforts in Brussels to end EU subsidies for new fossil gas projects. If the Prime Minister truly wants to be at the forefront of tackling the climate emergency he must change course on these projects.

This summer’s wildfires and floods have shown what Greece, and much of Europe, will have to face as the climate crisis worsens. Now the Greek government can show the world what true climate leadership means, turning rhetoric into reality and ending its support for fossil fuel projects. In doing so Prime Minister Mitsotakis can make the change he has promised, become the climate leader we need, and protect the livelihoods and future of Greek citizens.

Jonathan Gant is a Senior Campaigner with Global Witness, which campaigns in countries across the world to combat the climate crisis. We investigate the malign influence of fossil fuel companies in Brussels, fight forest destruction in Brazil, and support people who put their lives on the line to defend their land and environment. We also campaign to stop big European fossil fuel projects that will cause irrevocable climate damage to countries like Greece.