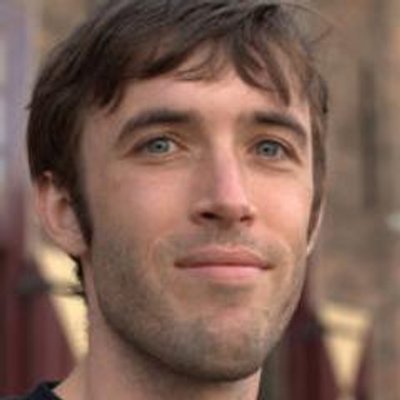 Discussions about a possible Grexit, from the euro or even the EU, have rarely been off the EU’s agenda over the past five years. As Greece and its creditors negotiate yet another deal, it seems unlikely that the latest round of crisis avoidance will provide a long-term solution either.

Negotiations with Moscow, however, appear to be progressing more smoothly. In April, Greek prime minister Alexis Tsipras made a surprise visit to Russia where he laid the groundwork for an agreement on June 18. The two countries signed a memorandum on cooperation for the construction and operation of a new gas pipeline. But seeing this project come to fruition remains a long way off.

The next step will be a feasibility study to work out how gas from Russia can be exported through Turkey to Greece, where it will then be distributed to other Central and Eastern European countries. This would be major project delivering nearly as much Russian gas to Europe when completed than the abandoned South Stream project.

Russia and Greece also agreed to cooperate more broadly in the field of energy, energy conservation and energy efficiency. Whether these would be contingent on Greece remaining a eurozone or EU member is unclear, but both parties have heralded the gas deal as one that has taken the relationship to new highs.

Russia is motivated by the desire to eliminate its reliance on transit through Ukraine for its gas exports to Europe. The stated objective is to achieve this by the end of the decade and avoid the potential for a recurrence of disputes that led to disruptions to EU gas supplies in 2006 and 2009 as a result of problems with Ukraine.

The previous South Stream project was cancelled after pressure from the EU. Russia would not have been permitted to own the pipeline and gas, but was unwilling to share the infrastructure it was helping to finance. The new Turkish Stream, with a Greek extension, would enable Russia to use some of the several billion euros of infrastructure that were already completed for South Stream.

Russia will also gain from strengthening its relations with the states the pipeline will go through. The project would run from Greece to Macedonia, Serbia and then to Hungary. All of these states have recently had more positive relations with Russia than most in Europe, with historical and planned energy projects contributing to this. And for Greece and Hungary, it may be that they are less inclined to support economic sanctions against Russia in the future (though the EU did maintain a united front here on June 22, extending them until 2016).

In January Russian finance minister Anton Siluanov stated that the country would consider financial aid to Greece if requested. While this never materialised – publicly at least – Putin has linked the pipeline project with economic growth, and recovery for Greece.

However, it is less than clear that the pipeline represents a significant opportunity, at least in the short to medium term. The project is estimated to cost approximately €2 billion. The costs will be covered by Russia and Greece will repay its share from the income associated with transporting the gas to the rest of Europe.

So, while the initial cost to Greece will be limited and would be associated with job creation and likely gas discounts, paying the construction costs back will be a long term project and substantial dividends are unlikely until then. Plus,preliminary research questions whether the project would have a significant effect on Greece’s overall economy.

How likely is it?

Major questions remain regarding the feasibility of the project. All that has been agreed so far is a non-binding agreement to pursue the idea further. The timetable of construction is highly ambitious and history does not bode well for the project.

The plan is for gas to start flowing by the end of 2019, yet it took 15 years from an initial agreement on North Stream, which delivers Russian gas to Germany, until the project was completed in 2012. Memorandums of cooperation were also signed for two other gas mega-projects in the region. An agreement for the Nabucco pipeline was signed in 2002, and South Stream in 2007. By 2013 and 2014 both had been abandoned.

The costs could escalate too. South Stream was predicted to cost approximately €15 billion in 2011, though a few years later this had more than doubled to €36 billion.

The EU is pessimistic about the project with the Commission Vice-President on Energy Union bluntly stating: “Turkish Stream will not work”. It is important to note the politics of this statement, and the EU’s competing plan to bring gas from Azerbaijan to the EU via Turkey (the TANAP pipeline). While the EU is predicting an increased demand for gas, it is also committed to diversifying its suppliers and becoming less reliant on Russian supplies.

Russia’s commitment to the project is also questionable. A doubling in the capacity of the North Stream pipeline was also announced this month. This would mean that all of Russia’s gas exports to the EU could avoid the Ukraine when using North Stream alongside the existing Belarus transit pipeline.

So, Greece’s turn towards Russia is by no means a guarantee of support or income. While the two sides both have gains to be made from a pipeline in the future, it is certainly not a done deal or one that will help Greece through its immediate economic crisis.

* Tomas Maltby is Lecturer in International Politics at King’s College London.  First Published by The Conversation